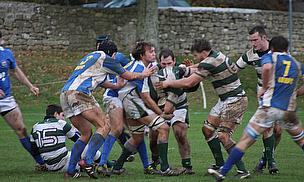 1. How do you think the Stormers have started so far?

I think its been a dream start for us this year actually but its still really early in the season and we still have a long way to go. Taking the Bulls at Loftus and giving the Western Force 50 was pretty satisfying but right now we need to concentrate on what lies ahead.

2. Who is your rugby hero and why?

I don't really have someone specific in mind but there have been different players over the years, which have inspired me and I've tried to take their best attributes and strengths and apply it to my game. To name a few loose forwards though, guys like George Smith, Corne Krige, Jerry Collins, Bob Skinstadt, All are exceptional players and have helped mould the modern day loose forward I believe.

3. What was it like to score a try and represent South Africa at international level?

Obviously to represent my country was an absolute dream come true and a massive honour. Something any young South African Rugby Player aspires to and to have reached that point is just so overwhelming. Scoring a try is a bonus!

4. What is it like to play in the same team as Schalk Burger, Bryan Habana and Jean de Villiers?

Its great to play with guys like that. You really get to feed off them and learn from them, which in turn improves your game and helps you grow a s a player. They're all really good mates of mine so there's a good vibe as well.

5. What has been your career highlight so far?

Making my Springbok debut last year against Wales in Cardiff.

6. Would you ever move over to Europe to play some Rugby?

I'm not sure where my future lies but right now I am contracted with Western Province and the Stormers for the remainder of 2011.

7. How do you think South Africa will do in the Rugby World Cup?

We have a great setup here and a lot of depth in the squad, which I think is vital for a successful campaign in a world cup. The tournament will always be tough and if the Boks click they are a devastating outfit as they have proven in the past.

8. If you had to give tips to kids playing rugby what would it be?

Keep chasing your dream, whatever that may be and never let disappointments or setbacks hold you back or cause you to loose sight of those dreams.

9. Do you have any friends playing rugby over in Europe?

I have a few mates over there. Joe Van Niekerk “ Toulon, Schalk Brits and Erenst Joubert “ Scarecens, Luke Watson and Butch James “ Bath , Robbie Diack and BJ Botha “ Ulster to name a few. All great guys and great players!

10. Who has been the greatest influence on your career?

I would have to say my family. My grandfather also played for Western Province as well as the Springboks in the 50's and later became president of the Western Province Rugby Football Union. So rugby was naturally in my family. Both my parents have been so supportive over the years and have given me everything I need to be where I am today.

11. What would you be doing now if you hadn't become a Rugby player?

Not too sure actually. Probably be doing something along the lines of architecture and design. Something I've always been fascinated with.

12. Who is the toughest player you have played against?

Haha! There are a couple but I have to say Jerry Collins.

13. who is the toughest player you have played with?

Schalk Burger is pretty hard. He broke his rib in the first 20 minutes of the Currie Cup final last year and only went off about 10min before the end. We all only found out after the game that he was injured and hadactually broken it.

14. Have you got a favourite stadium to play in?

Favourite holiday destination?
Switzerland
Favourite food?
Seafood
Favourite movies?
Pineapple Express, Step brothers, Entourage
Favourite band/artist?
The XX, Lydia, Go Radio, Anberlin, Mumford & Sons, The National
Hero (who isn't in rugby)?
Nelson Mandela
Favourite sport/team (which isn't in rugby)?
The underdogs
What do you do in your spare time when not playing rugby?
Eating, drinking wine, spending time with friends, doing things that I wouldn't normally do, speding time with my lady.
What do you think of talkingrugbyunion.co.uk?
Very cool!! Keep on keeping on!

Finally “ if you had a message to say to your fans who have been supporting the stormers week in week out, what would you say to all of them?

Your support is really appreciated and thanks for believing in us. You guys are the driving force behind the Stormers!