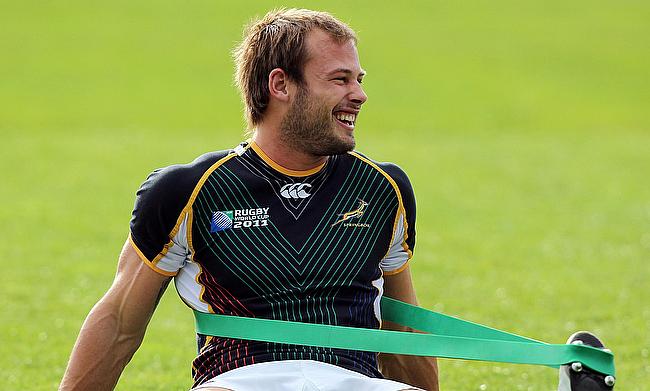 Springboks scrum-half Francois Hougaard has signed a permanent deal to remain with Worcester.

The 27-year-old half-back penned a short-term contract in February but has now committed his long-term future to the Sixways club.

The two-time Super Rugby title winner with the Bulls will link up with South Africa's Sevens side for the Rio Olympics but will be back at Worcester ahead of next season.

"Francois has come in and had a huge influence on the side in such a short space of time," Worcester rugby director Dean Ryan told warriors.co.uk.

"You can see the difference he has made to the squad and that comes from a wealth of experience from his time in Super Rugby and playing internationally.

"We're delighted he's decided to be a part of our journey and we hope he can be a catalyst for us moving forward."

Worcester sit 10th in the Aviva Premiership table but ought to cement their top-flight status with little difficulty given London Irish's troubles this term.

Hougaard insisted he had few qualms committing his future to Worcester, as he is already plotting to help the Warriors further assert themselves in the top flight.

"I haven't been here long but I've become really fond of Worcester," said the 35-cap Springbok.

"There are incredible facilities and the club have great ambitions which is something I'm really excited about being a part of.

"There are a great bunch of players here and they've made the transition very smooth since coming from South Africa Sevens.

"Now my aim is to help drive Warriors up the Aviva Premiership table and to achieve our long-term goal of becoming a top European side."