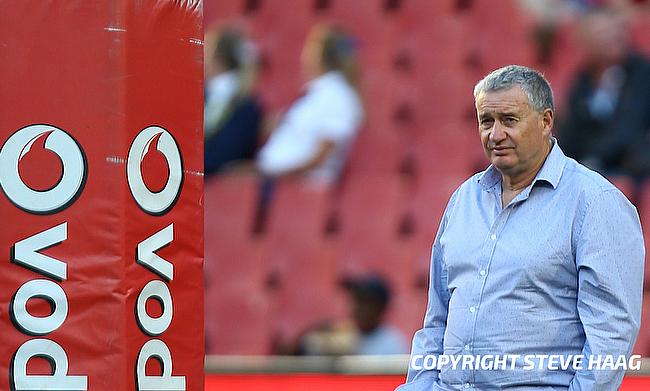 Former England Under 20 international Henry Taylor has extended his stay at Northampton Saints after signing a new deal with the Gallagher Premiership club.

Taylor started his professional rugby debut with Saracens in 2014 and a loan stint with Coventry in 2016 before switching to Franklin's Gardens ahead of the 2019/20 season.

The 25-year-old has made 10 first-team appearances for the Saints including six games in the Premiership since his arrival.

“I’ve loved every minute of my time with Saints so far and when the chance came to renew my contract it was a no brainer for me,” Taylor told the official website of the club.

“I can’t say enough about Northampton; the town, the supporters and everyone at the club has made me feel so welcome and I’m relishing being a part of this club for the foreseeable future.

“Chris Boyd’s ambitions for this team are clear to see, we’re always striving to be better and the competition for the number nine shirt will only help me improve further.”

Meanwhile, Northampton Saints director of rugby Chris Boyd was delighted in retaining the services of Taylor.

“Henry’s already proved to us that he’s got what it takes to challenge for the number nine shirt so we’re delighted to see him stay.

“We’ve got a great group of young scrum-halves coming through, they’re pushing each other to be better every day and I have every faith Henry will remain an important part of this squad over the next few seasons.”