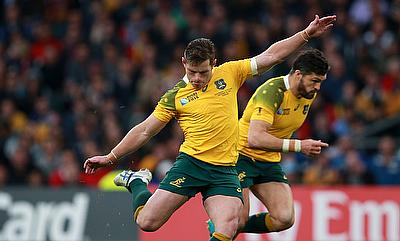 The fly-half scored three penalties and a try which he followed with a successful conversion.

Cheetahs fly-half Fred Zeilinga helped his team open their account with a successful penalty kick on the third minute of the game.

Foley balanced the scoreboard at the fifth minute by successfully scoring a penalty kick. He then went on to score another penalty in the 13th minute to put Waratahs ahead.

Reece Robinson added another five points to Waratahs tally by scoring a try in the 27th minute extending his team's lead by eight points.

Zeilinga scored once again for the Cheetahs in the 31st minute to reduce the lead down to just five points.

However, Foley managed to score a decisive try in the 34th minute and topped it with a conversion to put Waratahs back in the driving seat ahead of the half time whistle.

A couple of minutes into the second half, Foley scored another penalty to stretch Waratahs lead to 15 points.

With 38 minutes left in the game, Waratahs managed to defend their lead as Cheetahs failed to make any addition to their half time score.

This win has taken Waratahs tally of points in this seasons Super Rugby standings to 25 as they are currently ranked sixth in the Australasian Group. Cheetahs are presently ranked third in the Africa 1 Conference after accumulating 12 points from their 10 fixtures.