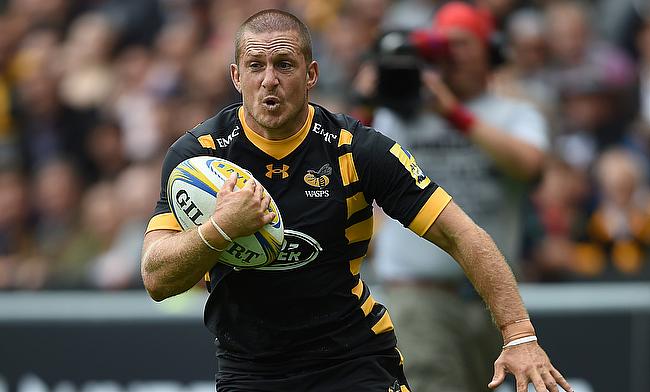 Wasps have confirmed on Wednesday that fly-half Jimmy Gopperth has signed a fresh contract with the Aviva Premiership club.

Gopperth, who joined the club in 2015, has effectively shifted from fly-half to inside centre following the arrival of Danny Cipriani in this season. The 33-year-old will join the likes of Dan Robson, Thomas Young and Kearnan Myall, all of whom have signed new contracts with Wasps.

Prior to his arrival at Wasps, Gopperth was part of Wellington, North Harbour, Newcastle Falcons and Leinster after making his debut in 2004. In this season's Aviva Premiership, Gopperth is the leading point-scorer with 90 and has been an integral part of Wasps' success.

The New Zealander believes the current Wasps squad has a lot of potential and urged them to continue learning.

"I believe there is a lot still to come from this squad," Gopperth said . "We've been learning our ways and making good progress, but I feel there's more to come.

"We obviously have a few more people to come in which will help our cause, but we're just looking to improve every single week. We are on the right track, but we've still got plenty to learn."

Meanwhile, Wasps rugby director Dai Young praised Gopperth for his contributions to the club and believes his flexibility to play across various positions has benefited the club.

"Jimmy is a very important player for us, on and off the field," Young said. " He has played a big part in moving the club forward since he arrived.

"Aside from his skills and attitude on the pitch, his leadership, professionalism and encouragement of everyone around him are hugely valuable to the squad.

"We all know how good a 10 Jimmy is, but his versatility has also really benefited the squad this season, as he has shown his capability at the highest level as a 12 and has also covered 15 for us when needed.

"He is a top man who always puts the team first, and because of that he is highly-respected and is the type of player other players play for."

Wasps head coach Lee Blackett: Rugby without fans is nothing