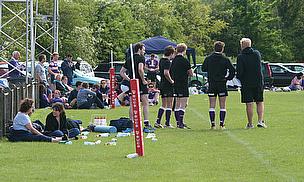 We caught up with giant second row Flip Van Der Merwe and asked him a few questions.

How do you think the bulls have started so far?

At the moment we have two away wins under our belt and that was our aim, we have found some areas where we as a team could work on more.

Who is your rugby hero and why?

Without a doubt Victor and Bakkies

What was it like to score a try and represent South Africa at international level?

Since I can remember playing Springbok was the ultimate dream, so it was my biggest honour getting my first cap. I think the try was more luck than anything but being a lock we don't get to do that often so I was stoked.

What is it like to play in the same team as victor matfield, bakkies botha? Do they help with advice?

They are two of the humblest and greatest servants of rugby I've met.  They are always there to give helpful advice or help calm the nerves.

What has been your career highlight so far?
Definitely my Springbok debut on Newlands

Would you ever move over to Europe to play some rugby?

There is a very lucrative market in Europe at the moment, but at the moment I'm enjoying life with the Bulls and would love to become a regular feature in the Springbok squad.

How do you think South Africa will do in the rugby world cup?

I think they are most certainly the team to watch at the world cup, they have a good mix of experience and youth going and used 2010 to get over the integrating of the two.

If you had to give tips to kids playing rugby what would it be?

First of all enjoy it, if it's in your heart it will show on the field, and then train harder than the guy next to you.

Do you have any friends playing rugby over in Europe?

What would you be doing now if you hadn't become a rugby player?

My heart is screaming farming now, but probably would have been in the finance industry as I am working part time at a financial institution at the moment, it's a big interest of mine.

Who is the toughest player you have played against?

Would have to say my brother, he is one of the old school guys that really likes to turn on the physicality on the field, he is relentless. We used to play each other and provincial level when he was still in SA, and it was always on another physical level.

Who is the toughest player you have played with?

A few names actually pop up, at the bulls you have Bakkies and Deon Stegmann that really likes to hurt people and with the boks guys like Juan Smith and Bismark du Plessis comes to mind.

Have you got a favourite stadium to play in?

Having been in a few stadiums in my life I have to say Loftus stays  my favourite. It's got a great atmosphere of passion and past heroes.  And when you run onto that field be it in blue or green you get a feeling of invincibility.

Favourite holiday destination?
South Africa's south coast in the summer and the Kalahari Bushveld in the winter.
Favourite food?
Steak
Favourite movies?
Snatch
Favourite band/artist?
U2(pity I didn't get to see them on tour in SA)
hero (who isn't in rugby)?
My father
favourite sport/team (which isn't in rugby)?
Greenbay Packers(American football)
What do you do in your spare time when not playing rugby?
At the moment I'm working at Sanlam, a South African based financial firm.  If I get some time from that I like to go hunting or exploring new local restaurants.
What do you think of talkingrugbyunion.co.uk?
It's a great website to keep everyone, home and abroad, up to date on all kinds of rugby activities. It's a real pleasure to go look up scores and read the players interviews. Keep up the good work.

Finally “ if you had a message to say to your fans who have been supporting the bulls week in week out, what would you say to all of them?
First and foremost thanks for all the loyal support you guys are great, we do our best week in and week out to keep you smiling!