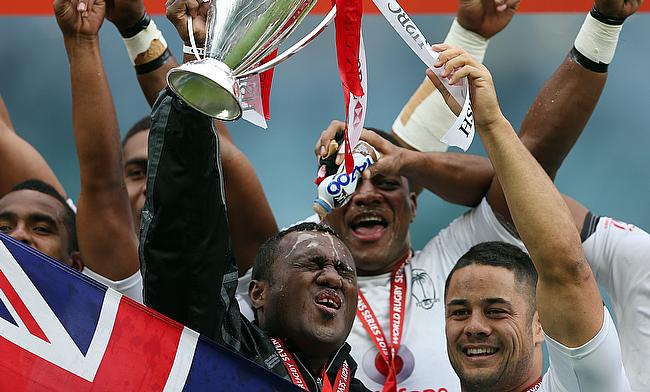 Fiji will be desperate to win their maiden gold medal at Olympics.
©PA

Head coach of the USA men's sevens team Mike Friday believes the reigning World Rugby Sevens Series Champion Fiji will be the team to beat in the upcoming sevens tournament in the Olympics.

Fiji will be entering the tournament after winning back-to-back World Sevens Series and recently head coach Ben Ryan insisted his team to inspire the people in the country by winning the first ever gold medal in the mega event.

USA are placed in the same group as Fiji, Argentina and hosts Brazil and Friday believes the three-time World Series winners are dangerous in this format of the game.

“Fiji. Sevens is their national game and it suits their strengths. The pressure is on them to win their country’s first gold medal in Rio," said Friday at the World Rugby Conference and Exhibition 2016.

The 44-year-old is also confident that the sevens format will help the game globalising faster because of its duration and the intensity.

“Rugby sevens has become the ideal foothold for countries trying to find their way into the sport and the globalisation of rugby has provided developing countries an easier route. More importantly, we’ve seen these countries succeed.

“In sevens it’s always been the case that a player’s decision making, skill and fitness are put under the microscope, and now more people are looking down through that lens. This can only be a good thing for the sport of rugby as a whole.”

Friday also backed Ohio-born wing Carlin Isles, who is touted as the fastest rugby player in the world to create an impact in the tournament.

USA sevens begin their Olympic campaign against Argentina and Brazil on 9th August followed by their encounter against Fiji on 10th August with all the three games to be played at Deodoro Stadium.