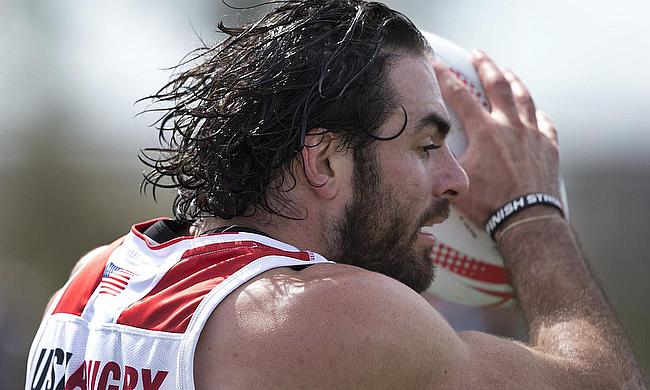 Nate Ebner: From NFL to Rio

National Football League star Nate Ebner has been included in the 12-man squad of United States Rugby Sevens that will feature in the upcoming Rio Olympics 2016.

Ebner, who was part of the 2015 Super Bowl winning New England Patriots team was included in the preliminary squad of the national sevens squad and was a part of the Singapore and Paris legs of the World Sevens Series but was omitted from the final leg of the tournament in London Sevens.

Apart from Ebner, USA Sevens Rugby head coach Mike Friday has also included former football player Perry Baker and also Carlin Isles, who has made headlines with his speed while Saracens wing Chris Wyles is also part of the squad.

Friday believes the selected squad has the ability to clinch the medal, if they play to their strength.

"While we are not the pre-tournament favourites like Fiji, who have to play with that expectation, we are a team who are hugely respected and feared by all other countries as genuine contenders.

"The boys recognise the magnitude of the task, but are confident that we can be medal contenders if we play to our ability."