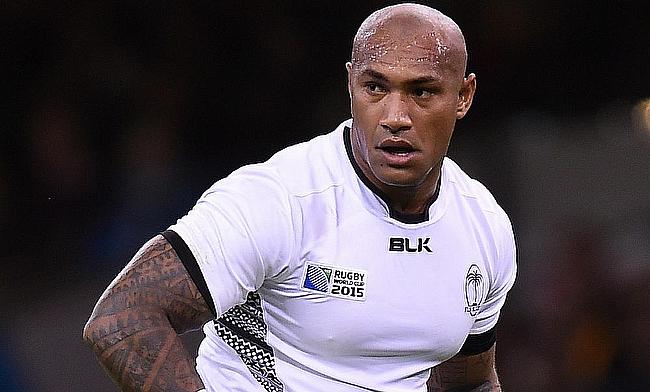 Perhaps it was fitting that it was a side in white dress that made a most fashionable belated Autumn Nations Cup debut on Saturday.

After a month of uncertainty and abandonments following a Covid-19 outbreak in the camp, Fiji’s late arrival came not a moment too soon as they took out their pent-up frustration on Georgia in a thrilling 38-24 win at their adopted Murrayfield home.

It was a display that should give those suggesting rugby needs sweeping change to its very fabric pause. Ably assisted by an equally free-flowing Georgia, Fiji served up a reminder of their candidacy as rugby’s grand entertainers as returning hat-trick hero Nemani Nadolo et al displayed their considerable qualities. After all the fuss and bluster of an at times turgid autumn, this was a useful reminder that rugby can be, and often is, outstandingly enjoyable.

Vern Cotter’s side will, therefore, reflect on what might have been. Apparently owing to one five-hour coach journey down the French motorway, at its peak 22 players in the Fiji squad tested positive for Covid-19, causing the cancellation of their three group games.

The Fijians were certainly more impressive in dispatching Georgia than the Irish a week ago, and games against Italy and, perhaps, Scotland would have been eminently winnable. It is only two years since Fiji defeated an admittedly very different France in Paris.

The on-field talents of this Fiji side, and Tonga and Samoa, too, are obvious. The three are able to consistently out-perform the opportunities afforded to them, overcoming limited training time together, squads formed from far-flung player pools and domestic pathways lacking structure.

Yet as Dan Leo’s challenging Oceans Apart documentary highlighted, there are bigger questions about rugby in the Pacific Islands. Look beyond the stars and there are plenty of Pacific Islanders playing unexotic rugby under exploitative contracts in entirely alien environments around Europe. Youngsters from the islands are recruited to Australia and New Zealand and reportedly sign contracts prohibiting them to represent the nations they have left behind. There are some parallels to be drawn here with the eras of colonialism that have largely, thankfully, been left in the past.

It seems likely that we will see a Pacific Island team in Super Rugby soon. Exactly what form this is in, who finances and controls it, and exactly how much benefit it provides to the islands it will draw from remains a matter of debate, but it is, on paper, a positive step.

The future of Fiji, Samoa and Tonga internationally is less certain. South Africa’s recommitment to the Rugby Championship means a route into that competition could be closed with concerns over its long-term financial viability.

Japan’s economy, on-field development and seasonal alignment means any new competitions in the Northern Hemisphere are more likely to look to the top of the Pacific than the bottom. This has knock-on effects – the withdrawal of Japan from the Pacific Nations Cup for newer, greener rugby pastures could create further divide between a reshaped Tier One and Tier Two.

Similarly, if Japan become regular autumnal tourists along with the Rugby Championship quartet, opportunities for games against the Six Nations’ sides would be further squeezed. Moreover, given the economic potential of capturing the North American market, and with the likely increased role of global investments partners in the manner of CVC and OTT broadcasters like Amazon or DAZN – this is by no means a certainty.

It will be a big weekend both on and off the pitch...

Amazon Prime Video are taking their first steps into the rugby broadcasting world with the #AutumnNationsCup, but are they here to stay?https://t.co/zcG0SKfY0r pic.twitter.com/qiwBiKz1XA

There is limited evidence of real interest from such organisations, but it is an area that the relevant rugby bodies are keen to explore – it is not hard to foresee a scenario where the USA and Canada draw the marquee tune-up fixtures, rather than Fiji, Tonga or Samoa.

That is why it is important that they continue to get opportunities. The great shame of the autumn is that Fiji were precisely the sort of side to bring the new competition to life, and perhaps capture the imagination in a manner that Amazon may have felt the Autumn Nations Cup largely failed to do.

Rugby is enriched by their presence. They add power and flair, creativity and individuality to a game that is at its best with those qualities present. They are rugby at both its simplest and most complex, surrealist, yet straight-forward, a tangle of offloading and hot-stepping limbs that brighten rugby’s canvas.

Questions remain about the organisation of rugby in the South Pacific: self-interest; the role of politicians; the transparency of processes; finances. To the credit of World Rugby and other bodies, they have made efforts to engage more proactively and help answer some of these questions, but more needs to be done.

That the RFU retains 100% of revenue from Twickenham Tests when they host Fiji, Samoa or Tonga is absurd. From a population of a combined 1.5 million, the three nations provide more than a quarter of the world’s professional players, and yet they have little electoral power or true sway, even though those at the top of the game fete their on-field involvement.

As Fiji’s win on Saturday proved, rugby is a better sport with the Pacific Island nations at the table and able to entertain. It is up to those that govern the game to do more to ensure that these opportunities do not diminish.