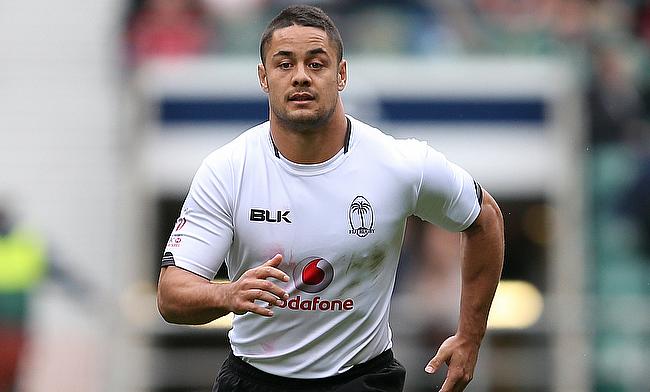 Defending champions Fiji have managed to qualify for the quarter-finals of the World Sevens Series despite a shocking defeat to England in the HSBC London Sevens at Twickenham.

Fiji lost to England 10-31 as they managed to score only two tries as compared to their opponents, who crossed the line on four occasions.

Despite the defeat, Fiji managed victories over Wales (42-5) and Australia (26-0) to retain their World Sevens Series title as their new recruit NFL convert Jarryd Hayne made debut for Ben Ryan's team.

Against Australia, Hayne came in with 12 seconds remaining in the second half and he still managed to concede a penalty in it.

Fiji coach Ryan lauded his team's ability to bounce back strong after a tough encounter against England and believes his players can create history by winning back-to-back titles.

"We have got a huge amount of players back home who have done some magnificent things for Fiji but have never won back-to-back series titles," said Ryan.

"We had a difficult opening match but they were fighting tooth and nail there, just like against South Africa last year and they weren't going to take a backward step.

"That was outstanding and it is a group of players I am very proud of."

Fiji will now square-off against France in the quarter-finals at Twickenham.

Meanwhile, the hosts England had a good outing after defeating Fiji, Australia and Wales as they are now scheduled to play Scotland in the quarter-finals.

The other quarter-finals include South Africa taking on Argentina, Australia facing Portugal while Russia will lock horns with Samoa.

New Zealand, who have won the title 12 times will face USA while Kenya and Canada have their games lined up against Wales and Brazil respectively.