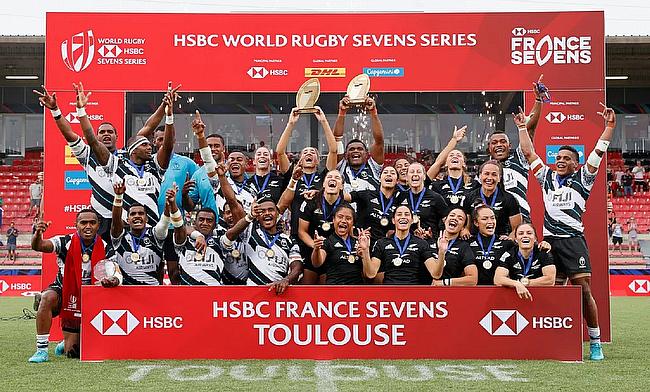 Fiji have claimed their second title in three tournaments as they defeated Ireland 29-17 in the final to win the Toulouse leg of the Men's World Rugby Sevens Series.

Jordan Conroy went over twice for Ireland but Fiji came up with a five-try performance to claim the title after managing a 14-12 lead during the break.

Tevita Dagunu started the proceedings with a try in the opening minute and Napolioni Bolaca kicked the conversion to make it 7-0. Ireland responded back in the fourth minute with Conroy dotting down and two minutes later Terry Kennedy also followed the suit to make it 7-12.

However, Bolaca’s try, converted by Waisea Nacuqu, made it 14-12 to Fiji at half-time.

Fiji dominated the second half with further tries from Josua Vakurunabili, Elia Canakaivata and Kaminieli Rasaku in the 9th, 10th and 12th minutes respectively that extended their lead to 29-12 which proved enough despite a second from Conroy.

“Teamwork in defence and attack was what this victory was built on. We kept the ball well and stuck to our game plan," said Tevita Dagunu.

“To all the Fijians around the globe, this win is for you.”

Argentina continue to top the Overall Standings table with 118 points followed by Australia and South Africa at second and third place respectively with 116 and 110 points respectively. Australia and Ireland and positioned third and fourth respectively while Fiji's title win has taken them to the fifth place with 87 points.