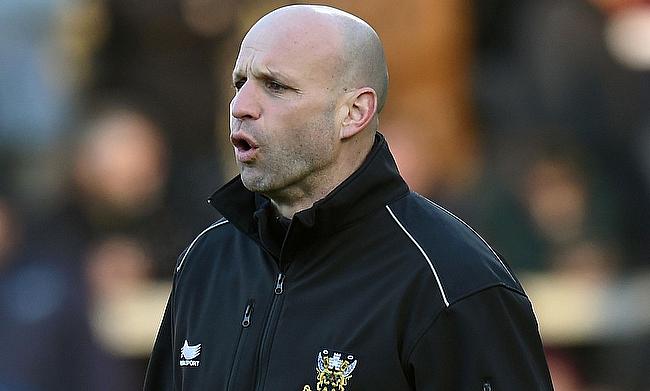 Northampton Saints rugby director Jim Mallinder is wary of the 'massive challenge' ahead as they kick-start the 2017/18 season of Aviva Premiership with a clash against Saracens at Twickenham on Saturday.

The contest will be a part of the London double header and Mallinder insists staying positive will be key when they face the reigning European champions this weekend.

"It's a real good test away from home, but we know playing at Twickenham is a neutral ground and hopefully we'll get a lot of Northampton fans coming down and filling the ground to get behind the team," Mallinder said.

"We understand the challenges of playing Saracens, they are a great team and they're going to be very tough to beat.

"We'll go out there and we've got to be positive and play some rugby against them.

"They're a big, strong team and they like nothing better than kicking the ball to the corner and driving.

"Once they get ahead they're a difficult team to break down.

"It's a massive challenge and we're looking forward to it."

The Saints will head into the game against Saracens with a lot of confidence after beating Dragons, Nottingham, Glasgow Warriors and Ulster in the pre-season clashes.

Mallinder, who took in charge of the Saints in 2007 is pleased with the preparation leading into the 2017/18 season.

"It's been a good pre-season. We've all enjoyed it.

"It's been a little bit shorter than the past few years, but that's worked in our favour because it's been intense.

"We've had a few good little games where we've tested ourselves, a few different combinations, tested our fitness and we're now ready for the season to start.

"We do know and we discussed it afterwards that it is pre-season and we don't quite know the strength of the Ulster team we faced on Friday night and where they are.

"All you can do is do what we did, which was put in a good performance.

"It was a good test in the first half and in the second half we got a real grip of the game and I'm really pleased with the lads who came on because they upped the tempo when Ulster were tiring.

"It was good to score those tries."

Since 2014, Saints have not won the opening game of the tournament but Mallinder wants his team to put their best foot forward and create early momentum which he believes will be a key factor.

"When you play at home you definitely need to get that win and last year it was so disappointing with us losing that first game to Bath - it put us behind," Mallinder said.

"Playing away this year means there is slightly less pressure on you, but we want to get off to a flying start and if we can do that we can look forward to two home games (against Leicester and Bath) after that."