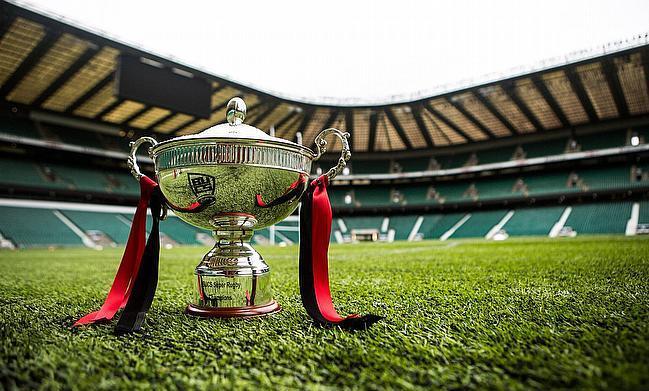 The Varsity Match 2018 - Can Cambridge make it a double success again?
Cardiff University beat Northumbria to end winless run
James: 'We have made some positive steps, but we can still improve'
Hartpury and Exeter out in front after superb week in BUCS Super Rugby

BUCS Super Rugby leaders the University of Exeter have some breathing space at the top of the division after second placed Hartpury suffered a defeat.

While Hartpury’s five-game winning run came to an end, Cardiff Met capitalised on their misfortune to move level on points with the Gloucestershire outfit after defeating Nottingham Trent University.

Both sides are now four points behind Exeter as we enter December while there were also wins for Durham University and Northumbria University his week.

Below is TRU’s BUCS Super Rugby round-up as well as a review from some of our featured university leagues.

The University of Exeter have moved four points clear at the top of BUCS Super Rugby after beating Leeds Beckett for the second time this season.

Will Cutbill scored the first try of the night for the visitors and Pierre Thompson crashed over to double Exeter’s lead.

Charlies Davies’ effort gave the domestic champions a 21-3 advantage at the break, but Toby Francis’ dart into the corner put Beckett back into the contest.

However, Beckett couldn’t add to their tally as Exeter secured yet another victory to keep them at the summit of the division.

University of Exeter Director of Rugby Keith Fleming: “It was a massive test and Leeds just kept coming. From my perspective, the boys put in some massive defensive sets, but all credit to Leeds, they just wouldn’t stop. We had to be at our best.

“It [Hartpury’s loss] does put a smile on my face! Obviously, the harder we work and the harder we can stay at the top end of the table come February/March time, then it will make a difference. All of the points are very valuable and we have just got to work hard and focus on next week’s game.

Man of the Match Jack Rouse (Exeter): “It was tough. They are a big physical team and it is good to come away with the four points in these wet conditions.

“In their second-row and back-row and across their 15, they have got some big boys and to be fair, we put 40 points on them at the start of the season and only 21 tonight so they have come on leaps and bounds.

“Every game, you can’t take for granted. It is literally taking it game by game. We are just trying to build that momentum. That is what is needed in this league.”

Hartpury’s Nathan Chamberlain and Hugo Stiles both exchanged penalties, but it was the visitors who found themselves narrowly in front at the break.

The home side were able to level the scores after half-time, but Barry dived under the posts for Bath to open up a seven-point gap.

However, they were made to hold their breath as a late try from Hartpury gave the BUCS Super Rugby Championship holders an opportunity to claim a draw, but the resulting kick was missed as Bath held on for their first ever victory over the Gloucestershire side.

University of Bath Head of Rugby Aaron James told the club website: “It was a great win and I am really pleased for all of the players and staff, the boys showed tremendous character.

“Although it was a tight scoreline, it was actually a flowing game despite the wet and windy conditions. Both teams created opportunities and, in the end, it came down to a battle of the defences.”

Cardiff Met bounced back from last week’s defeat against Loughborough University to earn a fine victory over Nottingham Trent University.

Harry Johnston landed a brace of penalties while Harvey Scott and Will Morris both crossed to make it 18-7 to the hosts at the break.

Johnston kicked another penalty after the restart and Morris notched Cardiff Met’s third try before Nottingham Trent got a late consolation.

Durham University made it two wins on the trot following an excellent victory over Cardiff University.

Myles Rawstron-Rudd and Tom Lewis powered over in the first-half, but the away side were able to stay in touch with a score of their own in the North East.

However, two penalties from Rawstron-Rudd and close-ranged score from the in-form Henry Paremain wrapped up the win for Alex Keay’s side.

Northumbria University eventually battled to a bonus-point victory against Loughborough University at Kingston Park to leapfrog the Midlands club in BUCS Super Rugby.

Northumbria captain Oli Robinson bundled over to put the hosts ahead before Archie Macpherson grabbed his first try of the evening for Loughborough.

The second-row was then on hand to level the scores once again after Charlie Parkhouse had given Northumbria a 14-7 lead.

?? || FT! Northumbria crash over the line for their 5th try of the evening. A fantastic team performance from @Dazzfearn men. Congrats lads, really well done!@NorthumbriaMRU 35@LboroRugby 19

But the hosts did have the advantage at the break as Ed Bloodworth dotted down at the foot of the posts to give his side a two-point cushion.

The second-half was more a war of attrition, but after a disallowed try for offside, Northumbria clinched a welcome victory as Lewis Berg powered through to score before a close range effort right at the death.

The only negative for Northumbria was the injury to Yaree Fantini who.received lengthy treament in the final few minutes of the game.

Northumbria Head of Rugby Darren Fearn: "We needed the win. We weren't going into the game saying we desperately need the win, but we needed a good peformance.

"We got the five points and kept Loughborough to nothing which was important because they are close to us in the table so we are chuffed with that tonight. I think that was the most complete performance we had all season.

"Yaree was smiling and moving his hands and legs. The medical team have done a brillaint job so we will keep looking after him tonight."

Man of the Match Oli Robinson: "We needed to get back to winning ways and that was the message during the week.

"Momentum shifts are massive in a game and they scored straight after so it wasn't panic stations at all. It was just about regathering ourselves and we eventually drew away.

"They [next week's fixture with Cardiff Met] are the games you love playing in. I have never won down at Cardiff so that is huge motavation for me. We will go down with all guns blazing and confident that we can get stuck in."

Newcastle University are closing in on the North A title as they picked up their ninth consecutive victory on Wednesday. They beat Loughborough 2nds 31-12 to move 16 points clear at the summit and with five fixtures left to play, Newcastle require a minimum of just two wins to secure top spot and a place in the BUCS Super Rugby play-off.

The University of Sheffield remain in control of the promotion race in North B after narrowly beating the University of Manchester 14-12. Their lead at the top is six points, but second placed the University of Glasgow do have a game in hand and their excellent 51-14 victory over Durham 3rds keeps them in touch with the table toppers. Meanwhile, the University of Strathclyde’s match with Leeds Beckett 2nds was postponed.

Top of the table Hartpury 2nds continued their 100 per cent record with a 27-15 victory over Exeter 2nds. Second placed the University of South Wales claimed the bragging rights as they thrashed Cardiff Met 2nds 52-28 while the University of Bristol beat Bath 2nds 15-12 to secure consecutive victories. The other match in this division saw the University of Swansea thrash UWE 48-0.

St Mary’s University moved to the top of South B after inflicting a first defeat of the season on Exeter 3rds. St Mary’s won 29-21 to maintain their 100 per cent record and now both sides are level on points in this intriguing title battle. Cardiff 2nds stunned Hartpury 3rds with a 24-17 win in South Wales while elsewhere, Cardiff Met 3rds picked up a vital 36-7 victory against the University of Portsmouth.

Scottish 1A league leaders the University of Aberdeen entered their Christmas break after suffering their first defeat of the campaign. Prior to their fixture with Heriot-Watt University, Aberdeen had won all six of their domestic fixtures, but they lost 45-26 in the capital. The only other game in the division saw Edinburgh 2nds beat the University of Dundee 27-15.

Northern 1A and 2A

Manchester Met remain on top of the Northern 1A table after a convincing 45-15 victory over Durham 4ths. Rob Jones’ side are one point clear of the University of Liverpool as their 26-7 away win at Newcastle 3rds kept the pressure on the league leaders. Meanwhile, there was better news for Newcastle 2nds as they sealed a 34-14 bonus point win against the University of Hull.

In Northern 2A, Sheffield Hallam moved to the summit after beating Manchester 2nds 29-14 to clinch their fifth win of the campaign. Hallam leapfrogged Keele University who weren’t in action, but third placed Lancaster University could not take advantage of that as they lost 13-10 against Liverpool 3rds.

Northumbria 2nds are still undefeated at the top of Northern 2B after claiming their sixth straight win of the term. They beat Leeds 2nds 12-5 while second placed the University of York secured a comfortable 22-0 victory away at Sheffield 2nds. Elsewhere, Leeds Beckett 3rds clinched their third triumph of the campaign and did so in style as they won 51-3 against their 4th team.

?? || It’s a victory for @NorthumbriaMRU M2 who have beaten Leeds Uni M2 away from home!

Still undefeated at the top of the table ????#iamnorthumbria #takeontomorrow #BUCSWednesday

Liverpool John Moores University remain on top of Northern 3A after a 37-5 win over Edge Hill University. The league leaders have won six on the bounce, but the University of Chester are staying touch following a 61-3 hammering of Liverpool 3rds. Manchester Met 2nds completed a full house for the frontrunners as they beat Bangor University 45-17.

In Northern 3B, York St John University are still out in front after defeating Leeds 3rds 21-16 while the University of Huddersfield claimed their fourth win from their last five matches as the second placed side beat Newcastle 4ths 19-17. Elsewhere, Sheffield Hallam 2nds v York 2nds was postponed.

There are now three teams who are level on points at the top of Midlands 1A after this week’s action. Oxford Brookes University’s 10-0 win over league leaders Loughborough 3rds means they are on 14 points as are second placed the University of Warwick who beat Nottingham Trent 2nds 21-7.

If the race for promotion was tight in 1A, Nottingham 3rds have made things slightly more interesting in Midlands 2A. They beat Birmingham 3rds 7-0 to move to within a points of table toppers East Anglia, who weren’t involved this week. There was also a first win of the season for Warwick 2nds as they defeated Nottingham Trent 3rds 27-14.