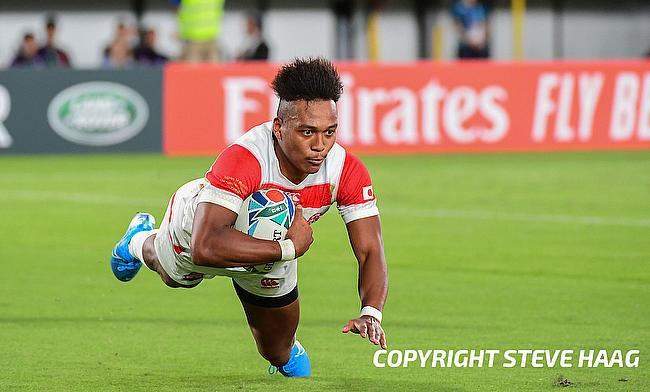 Leinster progress to quarter-finals after cancelled game against Toulon
Stuart Hogg Interview: Last year was one thing but the ability to back it up is another
Match Centre: Gloucester Rugby 16-27 La Rochelle
Leinster's round-of-16 Champions Cup clash against Toulon cancelled

It was heartbreak for Wasps on Saturday afternoon as they conceded a try with the clock in the red to knock them out of the Heineken Champions Cup.

Having gone into the break with the lead thanks to the boot of Jacob Umaga and tries from Josh Bassett and Paolo Odogwu, Joe Harvey watched on as events unfolded in Coventry.

Two sides known for their entertainment value the opening 40 minutes of this knockout round had drama from start to finish.

Early on, Wasps made it immediately clear that their Premiership form would not be following them into Europe, a Thomas Young turnover and Brad Shields knock down was enough evidence of this and although their first scrum was far from ideal, it was the home side that struck first.

The try came thanks to Paolo Odogwu, the wing striking thanks to Michael le Bourgois’ inside ball that came from the back of a strong lineout.

That lead could, and most probably should, have been extended minutes later when Matteo Minozzi leapt over the whitewash. Unfortunately for the Italy international, he fumbled the ball meaning that Clermont had been let off the hook.

With this fully in mind, Clermont scored through scrum-half Sebastien Bezy, the 29-year-old registering a try following Damien Penaud’s intercept deep in his side’s territory. The lead would be the Frenchmen’s not long afterwards, after a break down the left wing resulted in Peni Ravai wrestling with Odogwu to place the ball down, which after review, the Fijian had.

Tommy Taylor was the next Wasps man to cross the whitewash but not score, the pass to the hooker judged to have gone forward. After another brief period of play, Wasps would score through Josh Bassett, the wing a second beneficiary of a lineout ball and an inside pass from Dan Robson.

You're not catching Paolo Odogwu, guys ??@WaspsRugby carved through Clermont thanks to top-quality set-piece execution!#HeinekenChampionsCup pic.twitter.com/IqqSgswmD9

After yet another close call for Wasps, this time for Odogwu, whose foot went into touch in the far corner, to take a slender six-point lead at the break, Jacob Umaga kicked two penalties.

This period did not start as brightly as the first. Each side had to work one another out again, and it took 15 minutes for any points to be registered. Parking themselves in Clermont’s 22, a Wasps lineout led to several strong carries before loosehead prop Ben Harris burrowed over.

Springing the game back into life somewhat, Clermont began knocking on Wasps’ door continuously. Franck Azema’s men would even have scored from a beautiful break involving Alvereti Raka, Kotaro Matsushima and George Moala if a pass from the Japan international hadn’t edged forward.

As the benches began to empty, there was certainly an expectation that the fixture was far from finished. Several attacks from each side had that final pass lacking and there was nothing between the two sides at the set piece.

Eventually what it came down to was numbers on the pitch. Zach Kibirige was sent to the sinbin after knocking the ball on deliberately. Kicking to the corner and consistently maintaining possession, Kotaro Matsushima crossed the try line and it was Camille Lopez’s kick that secured a quarter-final place for Clermont.

Wasps cannot be hugely disheartened by the result today. Yes, they lost the game, but they took the game right to the very end against a team much fancied over them.

Before the game I pondered whether or not Lee Blackett’s team would be throwing their Premiership out of the window. You’d certainly argue that they did. The primary reasons for this came in the form of their returning internationals, the group having adjusted further to life back with their club and being some of the stand-out performers on the pitch today.

Firstly, look to Paolo Odogwu. The 24-year-old has had plenty of column inches written about him, the wing shaking the rust off to score the game’s opening try and would have scored another late in the first half, if his foot hadn’t drifted into touch.

On top of that, Dan Robson was mesmerising, the scrum-half dictating play with relative ease and running the Clermont defence ragged. It was things like Dan Robson’s efforts and a reinvigorated Paolo Odogwu that allowed Wasps to have a five point lead with seconds left on the clock.

Now Lee Blackett and his side can focus on progressing from this point onwards. Sitting ninth in the Premiership table, the only way is up and the team’s Head Coach was encouraged by what he saw today:

“There is plenty of gutted guys in the changing room. The one thing I can take from this is- sometimes defeats can- you can find positives in them and today was actually more so, I thought we played well, I did personally, I am maybe a bit biased, but I thought we were the best team on the field and gutted to not get it over the line, but that seems to be the way things are going at the minute.”

Following Zach Kibirige’s yellow card late on, a win for Clermont seemed somewhat inevitable. Having probed further and further into enemy territory in the closing minutes, when Kotaro Matsushima went over, it was the calm head of Camille Lopez required to send the Frenchmen to a quarter-final clash.

Lee Blackett responds after a gutting defeat at home...

?? ‘I can see us returning to our best... we’re going to work hard’ pic.twitter.com/1BxxisaopG

The former France fly-half let out a cry of ‘Vamos’ as the ball went over the sticks. It meant something. Having been firmly under the cosh for much of the game, Franck Azema’s men had to dig deep, deeper than many were expecting at the start of the day.

If you had to pick out star men, of course Matsushima is at the top of that list, the Japan international winning the man of the match award for his efforts. But for me, you have to look at Damien Penaud to really typify the Clermont performance.

Every time the wing touched the ball there was a clear desire for him to beat his man and to get either himself or one of his teammates over the try line.

It was reminiscent of his mentor, Aurelien Rougerie, and it is that attitude that can take a team far. Of course, games can’t be won on passion alone. On top of this, there was a scrum that was dominant more often than not and plenty of hard work across the park.

Having been runners-up on three occasions in the past eight years, you always ask yourself whether Clermont could do it. You want them to, but a date with either Munster or Toulouse will be the decider of that.