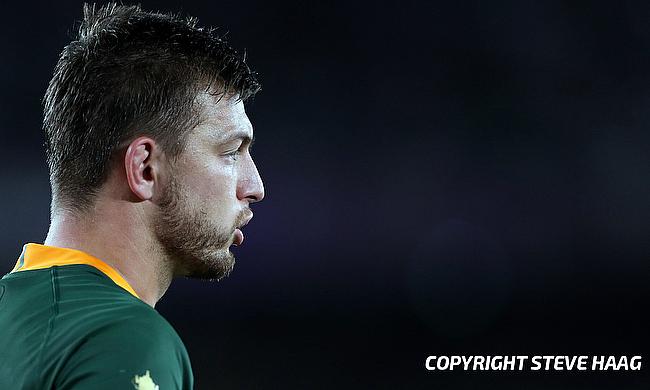 There were quite a few eyebrows raised after it was announced that Springbok fly-half Handre Pollard was off to join Montpellier once the 2019 Rugby World Cup concluded.

Situated in the majestic South of France, Montpellier can go unnoticed as holidaymakers opt for the much-talked-about Nice, Monaco, Marseille or even Toulon. It’s a bit like that with the rugby team as well, with fans of the sport from around the world vaguely aware of the side without knowing a great deal about their history.

That’s why it came as a slight surprise when it was announced that arguably the best fly-half in the world was set to make Montpellier his new home after agreeing to join the Top 14 club. Now, anyone who has visited Montpellier wouldn’t have been surprised as they will know full well what a magnificent old city it really is and a wonderful place to begin life in Europe.

The @BlueBullsRugby have confirmed that flyhalf Handre Pollard has agreed terms with French club, Montpellier. pic.twitter.com/KOloRkCmGl

There is also the small matter of the 25-year-old tripling his salary with the French side as he is set to make £1 million a season. Pollard will be getting a great deal out of the move, but so will Montpellier, as they now have the most talented fly-half in world rugby on their books.

Indeed, it is also a major shot in the arm for French rugby as a whole at a time where there seems little to shout about. Problems within the national setup are well documented and are evident to see in the Six Nations betting as the French head into the tournament at an unheard of 10/1 to win. It's no secret that French rugby is in decline so Pollard’s arrival will boost the entire setup in France, especially after what he did in Japan.

Pollard’s performance in the World Cup final, in particular, helped the Springboks win 22 out of the 32 points scored by Rassie Erasmus’ men came from his boot. It was a remarkable showing for one so young and proof that Pollard has ice running through his veins. Montpellier could do with some of that big match temperament as they sit in seventh position, some 16 points off the league leaders.

The South African World Cup winner will undoubtedly help Montpellier become a far more creative side as he pulls the strings at number ten. Prone to quick bursts that can break a defensive line, Pollard is a major threat with ball in hand and has the ability to make a telling offload to ensure the team benefits from his good work.

Pollard’s attacking prowess is well known but that doesn't mean he shies away from his defensive duties. Far from it, despite not being the size of Eben Etzebeth or Maro Itoje, Pollard is not afraid to make a tackle or indeed be on the receiving end of one as he always runs towards the heat and into the thick of battle.

Montpellier have without a doubt pulled off the coup of the century by bringing Pollard in and the results will soon begin to show once he touches down at the Méditerranée Airport. It is entirely possible that Pollard will soon add a Top 14 title to that of his World Cup one.