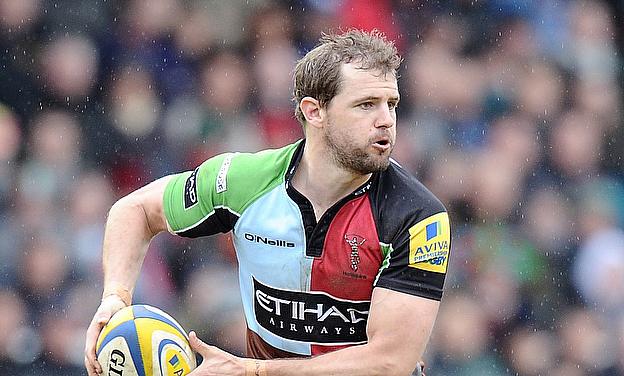 O'Shea: Delighted With This Win

"This is the end of the season and it's when things are won and lost so we're delighted with this win.

"It was a hugely satisfying performance. It was an incredibly physical game and intense as expected.

"We know they (Stade) had players missing but they also had plenty of good players on the pitch and coming to France is always hard, especially here.

"We were physical and precise and we played at a pace that finally told as we wore through the game.

"Now we have a great semi-final coming up. We've got the sniff of something and we will go for it.

"The semi-final is a long way off and it was nice just to get through a game without any injuries after so many blows. Hopefully we will see guys coming back soon.

"The lads were inspired by the supporters who came over. Perhaps we should play here more often.

"You could see reaction of Danny Care as he took to the pitch when he heard the roar and you could see he wanted to win this game for them."

Nick Evans scored 17 points to guide Harlequins to a 29-6 victory over Stade Francais that put the English side into the semi-finals of the Amlin Challenge Cup.

The game was a repeat of the 2011 final but whereas Quins Director of Rugby Conor O'Shea picked his best team, opposite number Gonzalo Quesada chose to rest a number of key players.

It was a decision that contributed to the home defeat despite a cagey first half that saw five penalties - three to Quins and two to Stade Francais as the English team went into the break with a 9-6 lead thanks to the reliable boot of Evans.

Morne Steyn slotted over twice for Stade before missing a chance to pull level shortly after the break.

Evans converted to stretch the lead to 13 points and although Stade were dominant at the scrum, they were unable to turn that pressure into points, replacement Vincent Mallet missing a penalty.

After 60 minutes, Evans was given another opportunity to add three points and he obliged, then added a long-range drop goal to secure the match.

And with just three minutes remaining, Tim Molenaar scored a try which was converted by Ben Botica from the touchline.

Three-times Challenge Cup winners Quins now head to Franklin Gardens as they bid for a fourth title while Bath, who host Brive on Sunday, and London Wasps, who play Gloucester, are the other English sides still in contention.

The final will take place in May in Cardiff.