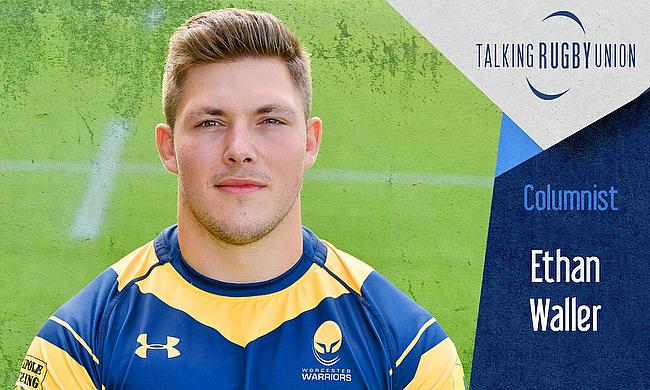 In his third column for TRU, Worcester’s Ethan Waller looks back at the Rugby World Cup and the first few games of the Premiership.

Good lord. What a rollercoaster October has been.

The trials and tribulations of the World Cup have wreaked havoc on every rugby supporter this month, but none more than the English. I’m not talking from a rugby perspective, as England did remarkably well. Predominantly I’m referring to the carnage of thousands of people starting a good old fashioned drinking session at 8 o'clock in the morning. If there’s no other positive to come out of this World Cup, the beer endurance of the English rugby faithfuls has gone up a few notches. Credit to all involved. Now, I could go full perspective pundit on the actual rugby side of things, but by now I think every man and his dog has chimed in with their opinion, so I’ll just say this; Well done Japan on one hell of a tournament and expect a visit from a chubby, large headed gentleman (me) in the near future. Japan looks awesome and more restaurants in this country should have their food arrive via mini trains.

What else has been going on? Well, as I’m sure you’re all aware, Premiership Rugby has returned and there has been some mouth watering rugby on show. Remember my last column, when I wrote this?

Thank you for delaying the season by four weeks so that any good weather is long gone. A bit of extra autumnal precipitation will ensure more knock-ons, and ipso facto, more scrums. Soggier tracks also lead to backs being a little less elusive, which really works wonders for those of us in chub club. Big fan of your work. Keep it up.

Despite slightly taking the piss with that, I must have tempted fate. A few Round 2 games were really for the purists. The weather was beyond abysmal in places, especially with the Warriors boys away at Saints. I blame the weather for my second ever yellow card in professional rugby, a dry day and I would have caught it. I swear…

Europe is also on the horizon and the Challenge Cup can certainly send you to some interesting places. Amongst the Premiership, Top 14, and Rabo teams, you also get the occasional rogue location. This year, that rogue location happens to be in our pool, as we travel away to Enisei STM. If you’re wondering where that is, the answer is; Russia. If you’re wondering how awkward it is to get there, the answer is; extremely awkward. The hours of travel are easily in the double figures, with more than one flight to get there. However, there aren’t many people that can say they’ve experienced the Russian culture first hand, let alone played a bit of code there. Ever the optimist, I’ll say that outweighs the travel!

The remainder of our pool is made up of Newport-Gwent Dragons and Castres. I always look forward to the French trips due to the sheer volume of carbohydrates you get to consume from the moment you step off the plane. Snack? Gum bleeder. Breakfast? Gum bleeder. Lunch? Gum bleeder. Starter? Gum bleeder, vinegar, oil. Main? Coq au vin. Plus Gum bleeder. If you’re unaware of what a gum bleeder is, see below.

Without fail, you’ll come back from these trips at least 3Kgs heavier, but going up against a French pack, I’ll take every kilogram there is to spare!

Now I write this article on the same day Dylan Hartley has announced his retirement, so it would be greatly amiss of me to not use this opportunity and platform to praise the incredible career he has had. We all know about what he has achieved as a player, but having played with and against him, I can wholeheartedly tell you it was a lot easier when we were in the same jersey.

You won’t meet many people who are that passionate about a rugby club and to this day I’ve not experienced a man with a leadership style like his. He had an ability to completely capture a room and when he spoke, you listened. When he offered a plan, be it rugby or social, you bought in. Not out of fear, but out of respect. The boys always came first on the field and off it and that’s what made him such an easy leader to follow. I think Northampton would be mad to not keep him on as a part of that club in some capacity. Well done on a remarkable shift mate. All’t best.

As for you reading, thanks as always and I’ll see you for a more festive number next month.