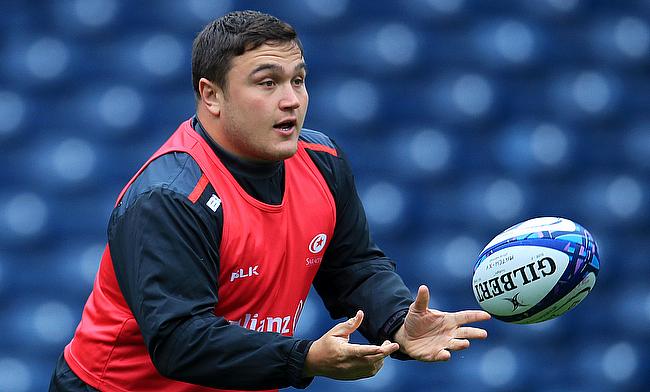 Jamie George was involved in the brawl at Allianz Park
©PA

The EPCR disciplinary committee has launched an investigation in the recent brawl that marred the Heineken Champions Cup clash between Saracens and Munster at Allianz Park last weekend.

Saracens assistant coach Alex Sanderson alleged that Munster team doctor Dr Jamie Kearns made a derogatory comment about Jamie George which triggered the England international resulting in a brawl. The incident happened in the 50th minute of the game which Mark McCall's men went on to win 15-6.

EPCR in a statement said the matter is being investigated and the wordings of referee Pascal Gauzere and his assistants along with the standings of both the clubs will be taken into account before a decision is arrived.

"EPCR has decided to investigate incidents which occurred during the second half of the Heineken Champions Cup, Round 4 match between Saracens and Munster Rugby at Allianz Park yesterday (Saturday, 14 December).

"Information will now be sought from the match officials and from both clubs and EPCR will be making no further comment until the investigation has been completed."

Munster had a lead of 3-6 before the incident following which Sean Maitland and Mako Vunipola scored tries for the Premiership side and McCall believes the brawl certainly spurred the players.

"Theirs was one of the best defensive performances I've seen here but we made it too easy for them," McCall said. "We were predictable.

"There was another gear to go to and we found that in the last 25 minutes. It's good because we've shown ourselves what we're capable of. We just do that more consistently now.

"Whether the brawl was coincidental I'm not sure, but we certainly played a lot better afterwards. The boys are buoyed at how they played and if we play rugby like that we'll be tough to beat."