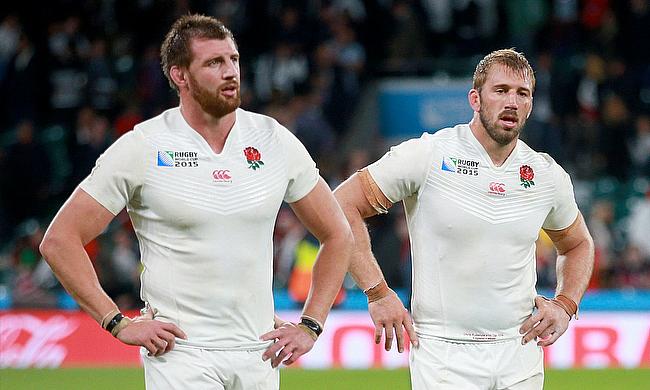 England’s back row hasn't been firing on all cylinders
©PA

The dust has barely begun to settle on England’s ignominious exit from their own Rugby World Cup and already more fingers are being pointed than can be kept up with.

Many of these fingers, rightly or wrongly, are being directed at England’s back row, with particular attention on the flankers, Tom Wood and Chris Robshaw. Much of this criticism has been longstanding, predating the RWC, and some of it is quite unfair.

Neither player is built in the mould of the fetcher archetype of which so many great international sides are built around, but they have kept England competitive at the breakdown previously with their aggressive and disciplined rucking.

When that rucking went amiss during the RWC, particularly against Fiji and Australia, England struggled at the contact area. While the breakdown is not solely the province of the back row, as the most mobile forwards in any team’s pack, their impact there is vital.

Thanks to improvements made to the Aviva Premiership academies and England age-grade sides, there is no shortage of young talent primed to take advantage of English rugby’s latest predicament, but if there is one area that England have struggled to bring through that elite level talent in, it is arguably the back row.

With that in mind, we decided to look back at the England U20 back rows since 2008 (when U19 and U21 categories were merged) and see where these players are now and what their prospects look like heading forward.

At the inaugural Junior World Championship in 2008, England took the quintet of Callum Clark, Jon Fisher, Matt Cox, Hugo Ellis and Gregor Gillanders to the tournament. Ellis and Gillanders now ply their trade in National One for Rosslyn Park and Blackheath respectively, whilst Cox returns to the Premiership this season with Worcester. Fisher is an important asset for Northampton, but of the five, only Clark has really pushed on to seriously challenge for international recognition.

Clark returned in 2009, captaining the England U20 side, and in regards to his back row teammates, it was a fairly similar story to the class of 2008. Jacob Rowan and Chris York are now playing Premiership rugby with Gloucester and Newcastle respectively, whilst Carl Fearns has recently headed to France, joining up with Lyon in the Pro D2. Josh Ovens is also playing rugby in the second tier, representing Bristol in the Greene King IPA Championship. Former Gloucester flanker Dan Williams is currently without a club.

Heading into 2010, and under the influence of then Head of Elite Development Stuart Lancaster, Rowan was the man retained by England and he was joined by Jackson Wray, Arthur Ellis, Jamie Gibson, Will Welch and Joe Trayfoot. Ellis aside, who is now playing in the Championship for Ealing, the remaining four are all, like Rowan, playing at a good level in the Premiership.

In 2011, Matt Kvesic, Sam Jones and Matt Everard were added to the mix. Everard has found a home in the Championship with Nottingham following stints at Leicester and Wasps, whilst injuries have limited Jones so far. Were it not for those injuries, Jones would surely have an England cap to his name at this point, such was the potential he flashed early in his Wasps career. Kvesic may be the greatest success story mentioned so far however and almost certainly represents England’s most reliable ‘natural openside’.

Yorkshire Carnegie’s Chris Walker, London Welsh’s (on loan from Bath) Will Skuse and Nothampton’s Ben Nutley joined Kvesic in 2012, as well as Premiership standout Jack Clifford and England international Billy Vunipola. Though then recently departed for the England head coaching job, the impact of Lancaster’s tenure as Head of Elite Development on the age-grades is clear for all to see, with the trio of Clifford, Kvesic and Vunipola now, three years later, representing a truly test-calibre back row.

England’s upwards trajectory gathered momentum in 2013 when the side recorded their first triumph at the JWC. With Clifford captaining from eight and Ross Moriarty and David Sisi joining him on the flanks, England were a menacing group at the contact area, particularly with Matt Hankin and Dom Barrow adding support and depth to the back row. All five of these players are currently contracted to Premiership clubs and set to see plenty of playing time this coming season.

The side successfully defended their title in 2014, with James Chisholm, Joel Conlon and Gus Jones added to the back row equation. Harlequins’ Chisholm and Saracens’ Conlon have both made their Premiership bows, whilst Jones has left Wasps to join London Welsh. Sam Skinner, Charlie Beckett, Lewis Ludlam, Will Owen and Joe Batley all featured during the 2014/2015 season.

Of the 35 back row players used by the England U20 side in the last seven years, 31 are on professional, full-time contracts, with three playing at semi-pro level and just one out of rugby completely. An 89% age-grade-to-professional player ratio is impressive, but for all the England U20 side’s merits over that time period, have they produced the budding stars on the flank that other nations have?

Ardie Savea and Sam Cane offer a tantalising post-RWC competition for the All Blacks’ seven jersey, whilst Sean McMahon has already shown his worth as an international flanker, surpassing Liam Gill, and now gives Australia an option should one of Michael Hooper or David Pocock, two more Australian U20 graduates, go down with injury and/or suspension. As for South Africa, their RWC squad flanker Siya Kolisi is a product of their U20 side, as is the promising Nizaam Carr.

As good as the ratio of players from the England U20 back row to professional contracts is, there is a case to be made that it has not produced enough international calibre players. Both Clark and Kvesic were unlucky to miss out on RWC selection given their form last season and their particular skill sets, but of the pre-2012 players, they’re certainly the leading lights.

It will be intriguing to see how the classes of 2012 and more recently are handled, with Clifford in particular marking himself out as a player potentially capable of competing at the same standard as such fetching luminaries as Cane and Pocock. More recently, Ludlam has proven to be an enticing prospect and will be a player well worth keeping an eye on over the coming years.

Of course, the England U20 side isn’t the only pathway to England’s six and seven jerseys. Luke Wallace and Will Fraser, if they can go both stay fit, are two players primed for big seasons, while Zimbabwean Dave Ewers is also on England’s radar following a great couple of seasons for Exeter.

The relative lack of recent success England has had in producing international back rows is certainly evident when you compare the position group to the tight five, half-backs or outside backs during that same time period. Whether it’s simply down to the right players not being selected at test level or something larger, such as the way the breakdown is both taught and refereed in England, is open to interpretation.

Whichever side of the argument you come down on, this RWC exposed the England back row’s deficiencies at the contact area and whilst they could (and should) be given every chance to redeem themselves in the future, it is an area where England will need to look at fresh blood moving forward.