England Women to face Barbarians at Twickenham Stadium in June 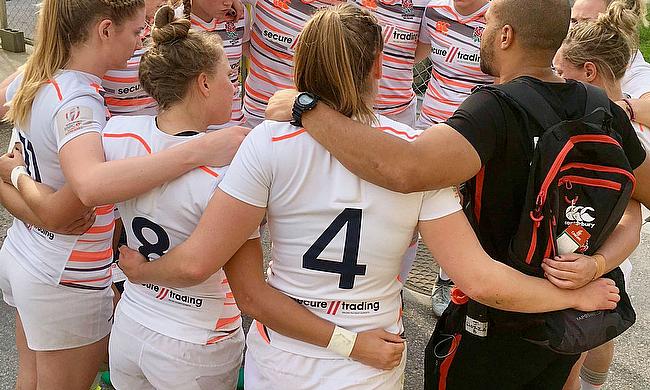 England Women will line-up with Barbarians for the first time when they face each other at Twickenham Stadium in June.

The game has been scheduled at a kick-off time of 12:45 pm on 2nd June following which the men's England team will be seen in action against Barbarians in the Quilter Cup. The contest will also help Simon Middleton's side prepare ahead of their summer tour that kicks-off in July.

“It provides us with an excellent opportunity to help us prepare for this year’s summer tour later that month.”

Women's Barbarians side was launched in October 2017 and in their first season they played Munster and the Army counterparts.

“The Barbarians successfully launched its women’s team in 2017 to bring together talented individuals and create a team that plays with a unique spirit of adventure and enjoyment.

"For them to face an international side is a great opportunity for the club to have two teams taking on England at Twickenham and means we can showcase all that is good about the game.”

Meanwhile, England Men's side will be coached by Jim Mallinder for the Quilter Cup clash against Barbarians with Eddie Jones overseeing it as part of the coach development programme between England Rugby and Premiership Rugby.

"I’m really excited to be head coach of this England team," said Mallinder.

“It’s an important fixture because any time you put the England shirt on you are representing your country and that is a huge honour. Eddie will have his eyes on a certain group, but this will be an opportunity for some players who are just outside of selection to show how talented they are.

“The unpredictability of the Barbarians makes it such an exciting fixture for supporters. As we have seen over the past few years they always bring a strong star-studded side and have an adventurous style of playing so we are going to have to be at our very best and are looking forward to the challenge.

“This isn’t just an opportunity for the players, but also for three coaches to experience coaching international rugby and I’m looking forward to working with them for this fixture.”