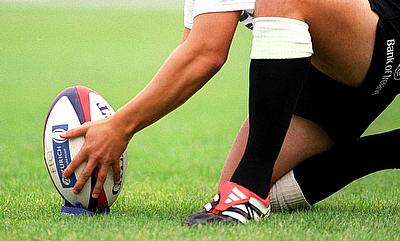 England Under 18 ran four tries as they kick started their developmental tour off to a winning start by outplaying France U 18 with a 24-18 victory in Stellenbosch.

Will Porter, Will Capon and Cadan Murley all went past the line for England in the first half with Kieran Wilkinson slotting two conversions to take them to 19 points.

France' only points in the half time came through a penalty from Louis Carbonel as England were punished for an off-side as they trailed by 16 points heading into the second half.

France gained some momentum at restart after Mathis Lebel strolled past the post to bring down the gap to 11 points and England were put in a spot of bother when Beck Cutting was sin-binned in the 59th minute.

Despite the setback, a tight defence kept them in good stead before Murley's second try in the game helped them complete a 24-8 victory.

Capon is pleased with the result and is now looking forward to carry forward the momentum to the next game against Wales.

"It's a great way to start the tour and always nice to get a win and try and we look forward to the next challenge against Wales," said Capon.

Meanwhile, Murley, who scored two tries in the game added: "I thought the guys came together really well, France are always a physical test and it's great to start the tour with a victory."