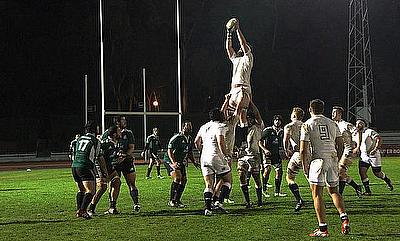 England Students have announced their 42-man training squad as they prepare for two internationals next month against Ireland Universities and French Students.

The players, selected from universities across the UK, will meet in Coventry this weekend for a training day allowing the coaching staff to select and finalise a squad for the April fixtures.

Loughborough University finished second in the inaugural BUCS Super Rugby Championship this season and the Midlands side have the most representatives in the 42-man party with nine players coming from Epinal Way.

The squad has been selected by Team Manager Paul Baty along with Head Coach Aaron James while the training day this Sunday will be run by assistant manager Andrew Kennedy.

With the BUCS Championship final scheduled at Twickenham on March 30th, just three days before the Ireland match in Oxford, England Students have selected a noticeably large training squad in order to be ready for any late changes in player availability.

Kennedy told the RFU website: “There are a couple of different considerations we have to make. A player could pick up an injury, so isn’t available at all. But also, whichever two universities are in the final, they could in theory have our starting front row playing in that game."

After the completion of the training day, the squad will reconvene on 29 March for the first international camp.

England Students beat Ireland 57-30 in Dublin last year, but they will be seeking revenge when they take on France in Bristol after a 30-27 loss 12 months ago.