England Students have to settle for draw against Ireland 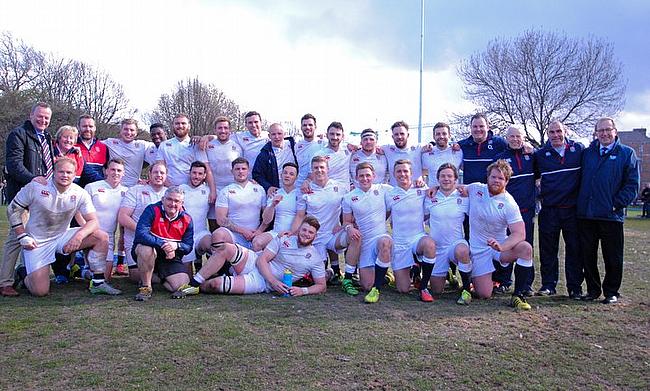 England Students were denied a victory in their first international as Andy Keating scored a late converted try to snatch a share of the spoils for Ireland Universities.

Mark Dixon and Simon Uzokwe crossed to put England 12-3 up, but winger Bryan Mollen turned the game around as he scored 16 points to put Ireland ahead.

However, the hosts made sure the game was level at half-time as Sam Pointon crossed for a converted try.

Nick Peters along with Pointon exchanged scores after the interval before Will Kaye and Matthew Gilsenan matched each other from the tee.

Tom Stileman’s try looked to have won the game for England late on, only for Keating to rescue a draw.

The lead changed four times throughout the game, with England feeling like they had done enough to begin their series of internationals with a win, while Ireland battle back in the second period to earn themselves a draw in a thrilling contest in Oxford.

England, who had seven players from Loughborough University in their match day squad of 23, have now not lost to Ireland in the last two years but they were unable to replicate their commanding 50-27 victory of 12 months ago.

Having trailed to two England tries in the first 15 minutes, Ireland responded with 16 unanswered points, with Dublin University’s Mollen scoring a brace and slotting over two penalties to add to his earlier effort.

Pointon’s try to level the game up at half-time was one of individual brilliance as the Loughborough scrum-half cut through the Ireland line and breezed past two defenders to touch down under the posts.

The game remained tied after the interval as both sides exchanged converted tries and penalties, only for Stileman to crash over the whitewash to open up a seven point lead with just minutes remaining.

However, Ireland went immediately on the offensive from kick-off and were awarded a penalty which they kicked to the corner and from the resulting line-out, Keating smashed his way across the try line. Mollen, who had been sin-binned at the start of the second period, kept his nerve to seal a draw.

“We would have liked to win, but we did well to get the draw.

“We worked pretty hard. We let Ireland get away in the middle period, but we came back well. Quite an exciting game.

“We had confidence in the boys in the way they played, they had intent right through it. We started to get a few injuries, especially to the backs, which was the only concern. But our fitness told.”

"It was a great performance from the boys, coming from different backgrounds and different Universities. To put a performance in like that and don't stop playing, I'm very proud of the boys.

"Even there at the end, drawing the game and I then I heard the boys saying 'Joué! Joué!' with 30 seconds left, so I couldn't go against our philosophy. Although we made an error, we fought back and 36-all, I think, is a good result.

"It was a pleasure to watch as well as being a coach of one of the sides."