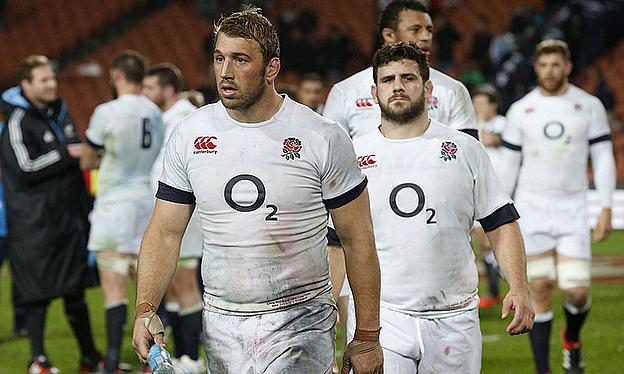 Stuart Lancaster announced his 50-man training squad for the Rugby World Cup last week, and though there were a couple of notable absentees, it has been generally well-received.

The squad will need to be trimmed down to 31 before the RWC, with Lancaster already stating that he will trim the squad ahead of their pre-RWC training camp in Denver, USA.

We took a look at the 50 men currently in the squad and tried to predict what the composition of Lancaster’s final, trimmed down squad may be, starting with the forwards.

Barring injury, England’s starting front row of Marler, Hartley and Cole are locks to make the final squad. Similarly, Vunipola and Youngs, England’s backup loosehead and hooker of late, both seem to have cemented those roles and finished the season in very strong form. Wilson’s return to fitness has been a big boon for Bath in the last few weeks and it’s likely he regains his backup spot from Brookes during training camp.

However, there’s a bit more guess work involved once you dig deeper than these six, presumed, certainties in the final 31-man squad.

England have historically taken three hookers and four or five props to RWCs, and given that RWC squads have now been increased from 30 to 31-man squads, an educated guess would be that they will not take anything less than five props to the tournament.

Corbisiero may not have matched Mullan’s form this season, but he does have experience of also playing tighthead, possibly making him the versatile fifth prop required. Similarly, Cowan-Dickie may not have Webber’s experience, but he does have the ability to shift over to loosehead if required, meaning England’s fifth prop could be a specialist tighthead. Picking Brookes would certainly help alleviate any worries over the durability of both Cole and Wilson.

Of course, England could use the extra man allowed this year to pick three complete front rows, which would make the real battle in training camp the one between Corbisiero and Mullan for the final loosehead spot.

As with the front row, Launchbury and Lawes seem obvious candidates for the squad, given that they should be packing down together in England’s XV come the RWC opener against Fiji. Unlike the front row however, there is less consensus over the backups and/or pecking order of the remaining locks.

Parling brings plenty of experience, as well as mastery at the lineout that could serve England well in tighter, set-piece-dominated games. Kruis offers similar ability, but with less experience at test level, whilst Slater and Attwood both offer a more physical approach, tending slightly towards the traditional ‘enforcer’ mould.

Last, but certainly not least, comes Itoje. The young Saracen has been in sparkling form for his club this season, has lifted a world championship in the last 12 months and has the ace up his sleeve of being able to play blindside flanker with no drop in performance from the high levels he shows at lock. His athleticism, combined with Parling’s nous, could make for a dynamic alternative to Launchbury and Lawes if required.

The back row is probably the most intriguing unit in the England pack, with a number of roles still up for grabs. Robshaw and Vunipola have both cemented their spots in the starting XV, but blindside flanker is still a position with a question mark hanging over it. Wood was the incumbent for the autumn internationals, whilst Haskell took over during the Six Nations, but neither displayed the form in the white of England to make the job their own.

The transition of Burgess to the pack, the consistency of Clark for Northampton and even the emergence of the versatile Itoje give England five bona fide options for the six jersey. There is also Tom Croft to consider, who despite not making the 50-man squad due to injury, is someone that Lancaster is keeping an eye on.

Chances are that one of Wood or Haskell will get the nod at blindside, with the other considered versatile enough to be first-choice backup to both the starting blindside and Robshaw at openside. Morgan could, providing he’s fit, be the impact back row replacement on the bench, or at the very least Vunipola’s backup at eight. The additional squad member granted to teams this year could be an enticing spot for an X factor player like Burgess.

Check out TRU tomorrow, when we’ll take a look at the backs in the squad and come up with our final 31-man squad for the RWC.