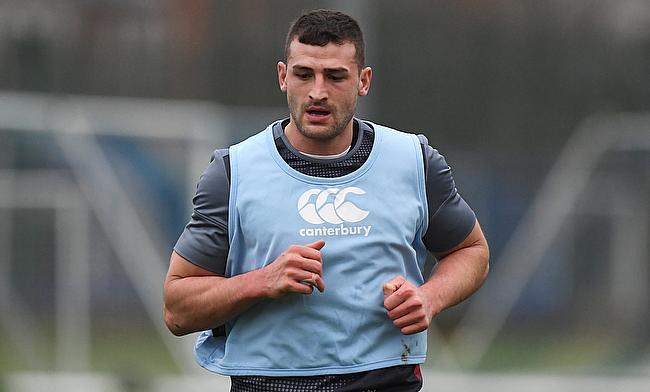 Jonny May has scored 32 tries for England
©PA

By the time I’m admitted to the Zoom call, Jonny May is already answering questions.

Within seconds it becomes very clear what, or who, the topic of conversation is about. As much as May’s acrobatic try in the closing seconds of the first half against Italy garnered him plenty of attention last weekend, it would be the efforts of his club teammate Louis Rees-Zammit in Welsh colours at Murrayfield that got even more tongue’s wagging.

Scoring two tries in Edinburgh, Rees-Zammit has firmly put himself in the eyeline of former Wales coach Warren Gatland for selection for the British & Irish Lions, as well as helping Wales win successive Six Nations games, allowing them to sit joint-top of the tournament table, joint on points with France.

Having taken to international rugby like a duck to water, much like when the 20-year-old got his first involvements at Premiership level, the comparisons between Rees-Zammit and the man he calls his teammate for much of the season are clear to see.

Each of the wings attended Hartpury College, playing in the renowned rugby programme that has provided plenty of players to Premiership and England squads, both made their Gloucester debuts before the age of 20, becoming known as try-scorers not long after, their efforts warranting of international selections.

May had to wait a little longer for his first shot at Test level, making his debut during England’s 2013 tour of Argentina, the best part four years after his first appearance for Gloucester. As for Rees-Zammit, he had scarcely been on the scene for 12 months before making his debut in Paris against France, in what was essentially a warm-up for the finale of Six Nations and Autumn Nations Cup. 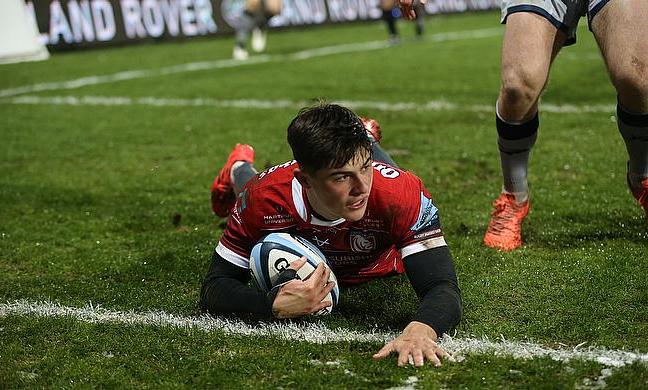 “I’ll give him a wave when I see him,” May said when asked if he’d greet Rees-Zammit prior to the Triple Crown game next weekend. “Then you just crack on, you just get on with it really. It’s just another game. For me, it is not like England vs Wales, me vs Zam, me vs whoever, it is just England as a team.

“We are going out there, whoever we are playing, to get better and to raise the bar and that is the same for me. I just want to focus on myself and being the best player I can be.”

England will make the trip over the Severn Bridge with plenty on the line. After their bonus point victory over Italy last time out, England are just three points adrift of the Welsh and France thanks to the losing bonus point that Eddie Jones’ side picked up in their loss to Scotland.

As for Wales, following their 2020 campaign, it is somewhat surprising to see them at the top of the Six Nations table. Winning just three of the first 10 Tests that they played under new head coach, Wayne Pivac, many felt that if Wales did not make steps forward in this Six Nations tournament, then the writing may have been on the wall for the Kiwi.

Now, just weeks on from the column inches maligning Pivac’s tenure, the world must seem much different for those cheering on red shirts. Yes, Wales have been helped by their first two opponents having been reduced to 14-men for large periods of the game, but have still acquitted themselves well, despite serious injuries that have ravaged the side.

In the opening game against Ireland, Dan Lydiate came off in the first half after damaging his ACL, whilst Pivac was forced to make revisions to his starting XV for the Scotland game after Scarlets flanker Josh Macleod suffered an Achilles injury mere minutes after it was revealed to the player that he’d be making his Wales debut that weekend.

George North and Johnny Williams were injured for the Scotland game too, the pair combining in the centres against Ireland in the opening round, whilst Tomos Williams sustained a hamstring injury in that game too, keeping him out for at least the England game.

Despite there being so much at stake, in particular from the perspective as an outsider looking in at the England camp, May is quick to say that pressure is pretty much inherent during any sort of international competition, the 30-year-old believing that it is paramount for he and his teammates to improve as a collective.

“You asked me a couple of weeks ago, ‘is it a bigger game this time, because it is the 150th game against Scotland?’ and all this and that, it is just no,” May said. “It is exactly the same for the England vs Wales game coming up.

“It is always a big game, but every game in the Six Nations is a big game. Is the pressure on them? Yeah, because they have won a couple and they want to keep winning. Is the pressure on us? Yes, because we had a poor game against Scotland and we had a step in the right direction against Italy, but we are certainly in no position to take another step backwards.

“But, if it wasn’t for those circumstances, there’d be different circumstances to make pressure on us. The pressure is on us every week, because we want to keep getting better and being the best we can be.

“So, it is the pressure we put on ourselves, which is there every week, regardless of the match or the circumstances, so we have got a big 10 days ahead of us because we want to be a better team than the last time we played.”

Gets better with every watch.

When looking at England, you see a far more settled side. From round two to three, there will have been just the one change to Eddie Jones’ 28-man squad.

This was as a result of the horrific injury sustained by Jack Willis against Italy, 19-year-old Leicester lock, George Martin, called up in the flanker’s stead.

That is not to suggest that certain selection issues are not up for debate, with Dan Robson pushing Ben Youngs close for the starting scrum-half spot and the raging debate over whether Owen Farrell should start at fly-half or if he should wear the 12 shirt with George Ford playing inside him continues.

Elsewhere on the team sheet, some names go without question, May being one of those. Having scored 32 tries for England, May is now England’s second highest ever try scorer, Rory Underwood 19 tries ahead of the Gloucester wing, his knack for crossing the whitewash going a long way to propel England to World Cup Finals, Six Nations titles and an Autumn Nations Cup.

“Those are my values really. In terms of just being persistent and I have grown as a person or learnt and matured as a person and a player over that stint and I still feel like I am learning and trying my best to keep improving now as well.”