England confirm side for World Rugby U20 Championship opener against Argentina 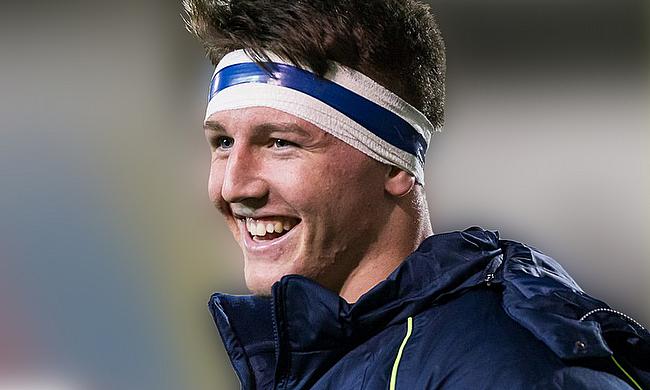 Ben Curry will captain the England U20s side
©PA

England U20s head coach Steve Bates has named his side for the World Rugby U20 Championship opening game against Argentina to be played in Narbonne on Wednesday.

Ben Curry of Sale Sharks will lead the side and will be accompanied in the backrow by Ted Hill and Josh Basham while Northampton Saints duo Toby Trinder and Ehren Painter will comprise the front-row.

Fly-half Grayson will be partnered at half-back by Leicester Tigers' Ben White.

“We’ve had a really good period of preparation ahead of this tournament with a hugely beneficial fixture against South Africa and a training session with Wales," said Bates.

“It’s really helped to focus the minds of the players and we’ve seen a further improvement in training ahead of our first match of the championship against Argentina.

“I want to see us play with a bit more patience on Wednesday, I don’t want us to lower our intensity, but if we play as we did during the Six Nations then we have the ability to create a lot of opportunities and we need to be patient in how we execute those chances.

“We know the importance of winning every game in this tournament, and we need to go out on Wednesday with a real intent to get this campaign off to a positive start.

“We have an excellent squad of players, every position is competitive and this is an exciting England team that I’m looking forward to seeing perform on the world stage.

“Ben Curry’s experience of being a Premiership forward is invaluable and he is a very competitive, professional athlete, as well as being a fine player, which makes him a great choice as captain."

Since 2008, England U20 have won the title three times while they finished runners-up on five occasions.