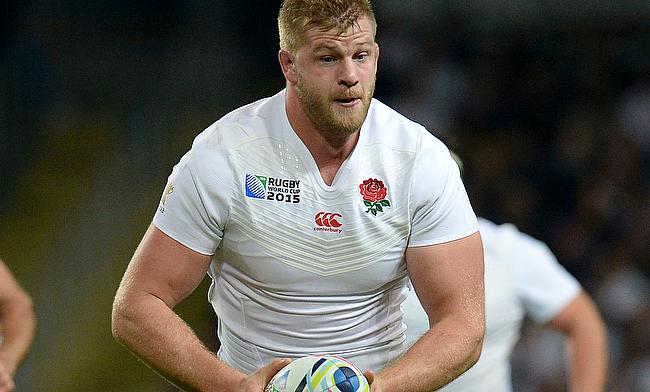 England and Saracens lock George Kruis has been cited for an alleged bite in Friday's Aviva Premiership clash at Bath, the Rugby Football Union has announced.

Kruis will appear before a three-man RFU disciplinary panel in Bristol on Tuesday, as will Bath prop David Wilson, who has been cited for allegedly making contact with the eye or eye area of Kruis.

A statement from the RFU read: "David Wilson of Bath Rugby and George Kruis of Saracens will appear before an RFU disciplinary panel both charged with acts contrary to good sportsmanship contrary to law 10.4(m).

"Wilson has been cited following the Aviva Premiership match between Bath and Saracens for allegedly making contact with the eye(s) or the eye area of Kruis.

"Kruis was also cited for allegedly biting David Wilson as part of the same incident in the second half of the match.

The lower end sanction if a biting offence is found proven is a 12-week suspension, according to RFU regulations.

That would end Kruis' season and his hopes of an England place on the June tour to Australia.

The penalty former England prop Wilson faces if found guilty of gouging - making contact with eye(s) or eye area - is the same, 12 weeks.

Saracens are preparing for Saturday's European Champions Cup quarter-final with Northampton and Kruis is a key figure in their quest to advance.

The 26-year-old played in all five matches as Eddie Jones' England won the RBS 6 Nations with a first Grand Slam in 13 years last month.

Kruis' second-row partner Maro Itoje caused a concern at Bath. He was replaced at half-time and had an ice pack applied to his left knee.

The game was already shrouded in controversy.

Bath and the RFU are investigating after a supporter allegedly gained access to the officials' dressing room and confronted referee Greg Garner at The Rec following Bath's 30-10 defeat.