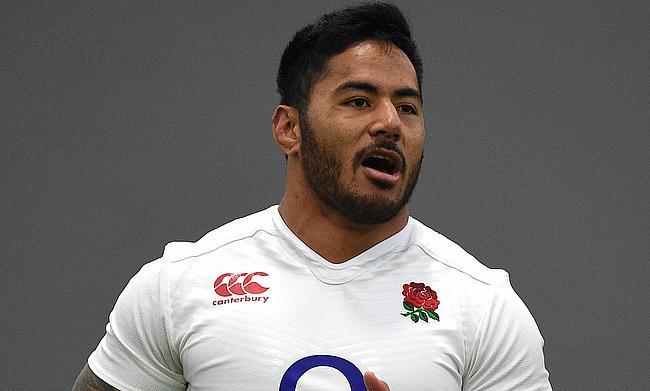 After England Women’s victory at the Stoop, Talking Rugby Union’s Joe Harvey made his way over to Twickenham to watch the men fight things out. It was England who ultimately won the contest, but they did have a late scare thanks to a Manu Tuilagi red card and Ellis Genge yellow.

As ever Twickenham was more than ready for a visit from Wales. The positive atmosphere in TW2 obviously had an effect early on when deep in Wales’ half, Anthony Watson was fed the ball from the lineout, the Bath wing crossing the whitewash with a Wales defender around his legs. Farrell slotted the subsequent conversion.

Wales would reduce their deficit to just four, Leigh Halfpenny splitting the sticks after a reversed penalty. Owen Farrell would ick his own penalty some minutes later, keeping England a converted score ahead of their visitors. That lead would be cut again when England went offside from a line-out, giving Halfpenny three more from the boot.

It would take until after the 30-minute mark for a significant change in score. After consistent pressure a Ben Youngs break resulted in Elliot Daly being delivered the ball, the Sarries man diving low to slide into the in-goal area. Farrell converted, giving England a 17-6 lead with half-time approaching.

The two sides would trade penalties before the half, a long Dan Biggar kick making the score 20-9 at half-time. The game was brought into contention from the first play of the Second half. Justin Tipuric scoring the try, but the hard work of Josh Navidi and Tomos Williams that allowed their teammate to score. Biggar converted and it was 20-16.

From the subsequent kick-off Wales failed to roll away, allowing Farrell to strike for four more points from the tee. George Ford drew further Welsh blood after a scrum penalty gave the Tigers man his first points of the day.

It was a Tigers man to score the next try. Many Tuilagi got the ball from Ford after the English had made that Wales defence extremely narrow, making it an easy score for the centre. Farrell converted to take his country well clear of the Welsh.

Dan Biggar made the most of the advantage. Off the back of a solid Welsh scrum, the Northampton fly-half scored and converted his try, making for a tense English ending. An ending made all the tighter when Rhys Webb’s offload found Tipuric, who crossed once more. Halfpenny kicked the conversion, but the clock was in the red, meaning that the final score was 33-30.

There must be something about quick starts. For the last year at least, England have made a habit of starting much the better than their opponent. Anthony Watson’s try was symptomatic of this. Wales left just enough space for the Bath wing to step his way through, to cross over. There is no real reason for this, other than just wanting it more than their opposition and being sharper.

As ever, tactical kicking proved effective for Eddie Jones’ side. Like with starting quicker, there is no magic formula to a good tactical kicking game. In Owen Farrell, George Ford, Elliot Daly and Henry Slade, the English have a group of good kickers who have a nous for identifying space effectively.

Late ill-discipline will be the talk of England’s victory. The late yellow card for Ellis Genge and red card for Manu Tuilagi, marred the win somewhat, with Wales able to take much more back across the Severn Bridge than they perhaps deserved at half-time.

Nick Tompkins performed extremely well for Wales in this game. Maligned for his performances against Ireland and Italy, the Saracens man was clearly up for an encounter with his home nation. Distributing extremely well and always making his opposite numbers guess twice, he seemed to recapture some of his Premiership form back in England.

It was also the old names for Wales that shone. Justin Tipuric scored twice to help his nation get a losing bonus point. Dan Biggar was as energetic as ever, dealing with high balls dependably, kicking well and carrying into contact without fear.