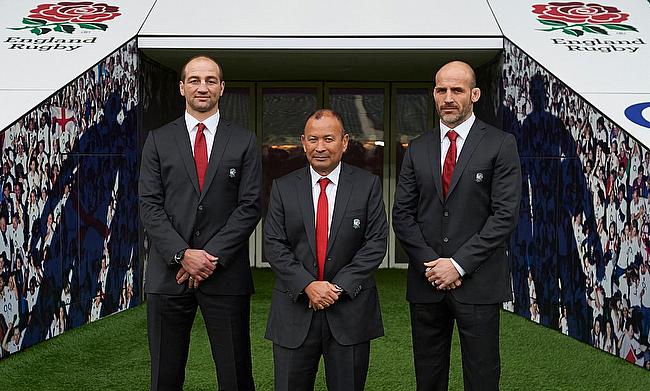 England’s new Elite Player Squad has been named and whilst it has excited many, as well as disappointed a few, how far has it gone to rectifying the weaknesses that England demonstrated at the Rugby World Cup?

The new coaching team of Eddie Jones, Steve Borthwick and Paul Gustard will have identified where England struggled at the competition and looked to address those issues in their initial EPS, whilst also looking to establish their own style at the same time.

Chief among England’s Achilles heels at the RWC was a surprisingly creaky scrum, an area where England usually excel. The axis of Joe Marler and Tom Youngs –  which was aggressively attacked by opposition tightheads – has been broken up, with Youngs not making the cut. Jones has not drafted in any new looseheads to fix this area, but with Mako Vunipola ready to start and a salivating competition between Jamie George, Luke Cowan-Dickie and Dylan Hartley for the number two jersey, the prospects for England’s scrum look brighter.

On the other side of the front row, highly-touted tighthead Paul Hill has been included. Dan Cole did a solid job at the RWC given the pressure being exerted on the other side of the scrum, but Hill is player with frightening potential. With a low scrummaging height, quick and solid bind and the ability to get underneath opposition looseheads, fast-tracking Hill into the senior set-up could be a masterstroke by Jones.

Moving from the scrum to the breakdown, England’s problems multiplied. Fingers were constantly pointed at England’s lack of an archetypal fetcher to pilfer opposition ball and whilst this was a concern, it was secondary to England’s inability to clear out counter-ruckers on their own ball.

Having a fetcher who can steal ball is a great asset, one which helps you win games, but being unable to secure quick and clean ball when you’re attacking is more than a limitation – you simply cannot win without it.

England’s struggles in this area were surprising, as they had done a good job over the majority of the last cycle in clearing the contact area. Chris Robshaw and James Haskell have been retained, giving them a chance to prove the RWC was an anomaly, whilst the additions of Maro Itoje and Jack Clifford should give England more energy and impact on the clear-out.

Coming back to the fetcher issue, it looks as if Clifford, James Haskell and Matt Kvesic (injury replacement for Dave Ewers) will go head-to-head to win the England seven jersey. Kvesic may be the most consistent English jackal in the Premiership, Clifford’s potential and ability to cover all three back row positions makes him a very valuable player moving forward, but it seems as if Haskell will be trusted with the jersey for the Calcutta Cup. Saracens’ Will Fraser can consider himself extremely unlucky to miss out.

It’s easy to say that England’s pack looks improved and more effective on paper, but the real test will come during the Six Nations, when a number of players will be making their debuts at international level and facing an intensity they will not have experienced before. That said, things certainly look brighter than they did three or four months ago.

Contrary to what England’s early exit from the RWC suggests, the back line wasn’t overly out of its depth at the competition. The back three of Jonny May, Anthony Watson and Mike Brown performed well, and though May is currently injured, Marland Yarde and Chris Ashton have both put their hands up for selection with impressive seasons to date.

The half-backs did stutter at the RWC, but much of that rested on the shoulders of the team’s struggling pack. Owen Farrell has been silencing all doubters with a string of excellent performances for Saracens and looks a certainty to feature, whether that is at 10 or 12. There is also good competition at scrum-half, with both Ben Youngs and Danny Care performing well.

England’s real back line travails were centred around the midfield. Having opted for the more expansive, attack-minded centre combination of Luther Burrell and Jonathan Joseph during the 2015 Six Nations, England reverted to a more conservative selection at the RWC, especially after Joseph went down injured.

With Sam Hill (injury replacement for Henry Slade), Ollie Devoto (injury replacement for Manu Tuilagi) and Elliot Daly included and Jones insisting he wants England to play with tempo, there seems to be a clear direction to the way England’s midfield will now operate. Brad Barritt and Luther Burrell have not made the cut, Sam Burgess has returned to rugby league and creative, attacking threats abound in England’s centre options. Fingers may be pointed at the defensive capabilities of some of these players, but with Gustard on board, they will have one of the best in the business the round off those rough edges.

Injuries to the likes of Slade and Kieran Brookes don’t help England, nor does the lack of a fully fit Tuilagi to start the Six Nations, but the early signs from the EPS are promising. Jones and co. have named a squad which, at least on paper, goes a long way to fixing the side’s deficiencies, as well as being capable of implementing the style the Australian wants to see.