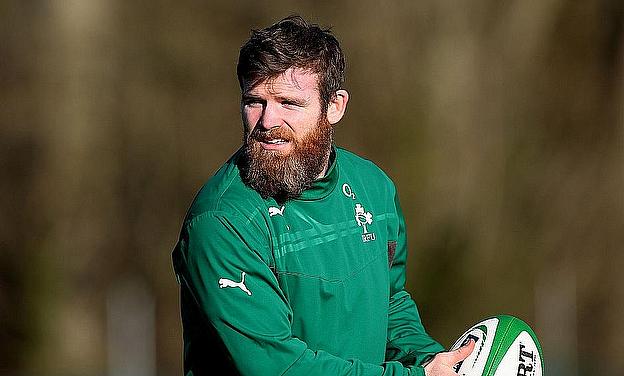 Leinster's Gordon D'Arcy insists he'll pursue the Rabo Pro12 with the same hunger he would the Heineken Cup after their quarter-final, 29-14, loss to Toulon. After years of trophy-less seasons, D'Arcy is now focused on securing a second Pro12 title in consecutive seasons.

"I played with Leinster for so many years when we didn't get a chance of competing for silverware,” the Irish international began. “So we have a chance of a trophy this year and I would be as hungry for this trophy as I would be for the Heineken Cup.

"You deal with what's in front of you. Players always think about what's coming next week. Speculation and the enjoyment of chatting about it, we leave to everybody else - the lads in the pub, the lads who talk about it over coffee will talk about Europe for next season. But for us, the next thing in hand is the Pro12."

The centre who agreed a contract extension with the Province before the 6 Nations also dismissed talk of Leinster being in a transitionary period with this the first season of the last four they will not end with a European trophy.

"I don't think so [on going through a transitionary period]. There are two obviously big figures moving, one up stairs [Leo Cullen] and one guy [Brian O'Driscoll] is retiring. But still after that we have quite a core group of players who have been there for a long time; a lot of young guys starting to burst through with Dave Kearney, Jordi Murphy, Rhys Ruddock and Marty Moore.

"These guys are coming through and delivering. Usually when you say 'a transitional period' you don't really feature. You are around mid-table, you're out at the group stages of the Heineken Cup. We had a very good season so far. We are competing for the Rabo and we deal with Steffon Armitage and don't give away three penalties and possibly a different result in the south of France."

And D'Arcy may well have been in the South of France himself next year as his contract was set to expire at the end of the season. But home comforts in no small parts led him to signing with the team he made his debut for back in 1999. And after Sunday's defeat in which the physicality of French centre Mathieu Bastareaud questioned whether or not the dimunitive centre has a future in the game.

"There were pipe dreams, once they changed the tax back, of having a year in the South of France, but home is here, my wife is here, business are here and Leinster is here."

"There is always going to be space for skill, footwork and acceleration. They are a few skills that can be as dangerous as pure size. There has to be a place for guys who control the game. You don't want it to turn into just a physical front up. You need a little bit of skill. That is what makes the game a little bit exciting to play and to watch."