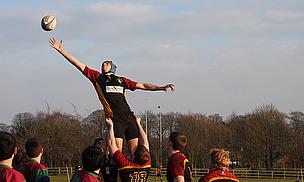 With the Rugby World Cup only months away most spots in squads should be mainly set in concrete, but the recent form of the Crusaders midfield leaves me wondering how you can possibly leave them out of the tournament despite the class of the Hurricanes midfield?

Ma'a Nonu and Conrad Smith have been the mainstays of the All Blacks backline for several seasons now. They have developed an experienced combination together for Wellington, The Hurricanes and All Blacks, but the way that Sonny Bill Williams and Robbie Fruean have been ripping through opposition backline defences so easily for the Crusaders, leaves me wondering if the Hurricanes midfield will last much longer at the top level? The trouble is, Graham Henry and his selectors have loyalty to the older combination, but when is loyalty more important than actual performances? Experience counts for plenty in massive games and that is the excuse the selectors will go for, but surely if you are good enough you are old enough!

Sonny Bill Williams fitted in nicely on the end of year tour to the Northern Hemisphere last year, so you would think there is room for his natural ability from the bench or at least in the extended squad, but is there also room in the Rugby World Cup squad to fit in another midfield player in Robbie Fruean, at the expense of some excellent wingers and fullbacks? It will be great having these guys in the squad ready to come into the starting lineup at the drop of a hat.

I love the look of these two Crusaders, they are strong, fast, able to unload in the tackle and exciting for the game, but I think the selectors and All Blacks squad will stick with the tried and true. The selectors stuck with Mils Muliaina in 2010 and he rewarded their faith with quality performances despite the arrival of Israel Dagg on the scene. There are other unproven players putting their hands up during the Super Rugby season already like Jamie MacIntosh and Matt Todd. I think these guys will get a chance to shine in the All Blacks jersey after the mass exodus following the Rugby World Cup. They are in great form now and will join the likes of fringe All Blacks Adam Thomson and Israel Dagg in the black jersey no doubt.

What do you think the selectors should do with the form Super Rugby players like the Crusaders midfield? Should they get a chance in Rugby World Cup year or will their time come after the Rugby World Cup?