Chris Robshaw: "We’re aiming for four out of four wins" 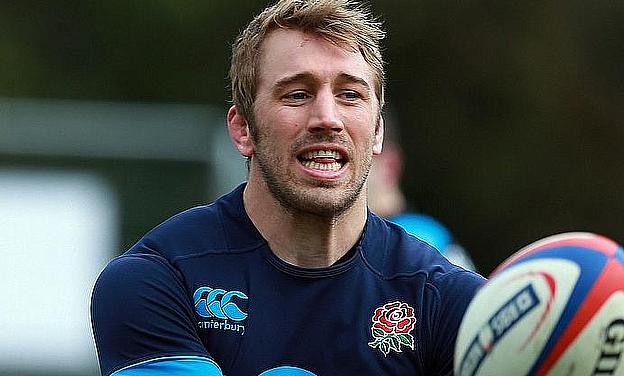 How will Robshaw and his men perform against the might of New Zealand?
©PA

A clipping from Chris Robshaw's blog on the QBE rugby site gives us an insight into his inner thoughts during the run up to what will undoubtedly be a huge test for him and his team... facing a formidable New Zealand side at Twickenham on Saturday:

It's that time of year again and we're back training together as an England squad, preparing to take on New Zealand in the first QBE International this Saturday. It's good to be able to come together as a unit to take on the Southern Hemisphere, especially with a home world cup now less than a year away. We've got four big games against quality opposition coming up over the next month and it hopefully should be a really exciting time for England Rugby fans.

The squad has really grown over the past year, with certain players bringing a new dynamic and experiences into the set up. As captain, part of my job is to maximise this experience and help to integrate the newest members of the squad like  Semesa Rokoduguni, George Kruis, Anthony Watson, Callum Clark, who could win their first caps this November. It's also great to see players rewarded for their good form at club level, the enthusiasm and desire they have to pull on an England shirt really reminds you what playing for England is all about.

From a personal point of view, I'm delighted to captain England once more. It's always an honour to lead the team and something I feel very privileged to do. You develop with every game and  I feel  I'm always learning as a player and as captain, not only in the decision making processes I go through on the field during matches, but also off-field on a day-to-day basis. It also really helps that we now have a core leadership group of experienced players in key decision-making positions throughout the squad.

As with every time we go out and represent England, for the upcoming QBE Internationals we're aiming for four out of four wins. It's important we perform well and build confidence and momentum going into 2015.

The fans at Twickenham are always amazing and we want to make sure we make the most of home advantage and build on the great atmosphere that we've had at matches over the last year or so.

It's also an opportunity for all the players in the squad, including myself, to show through our performances that we deserve to be part of an England World Cup squad next year. There is real competition for places across all positions which means Stuart and the other coaches will have to make some difficult decisions, but that strength and depth is a real testament to the good health of English rugby at the moment. I just can't wait for us to get started against the All Blacks.