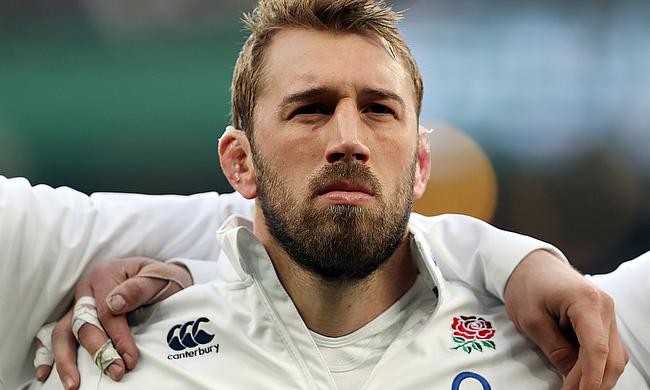 Chris Robshaw has urged Eddie Jones' England to seize their place in the history books by completing the Grand Slam.

The newly-crowned RBS 6 Nations champions face France in Paris on Saturday knowing victory will deliver their first clean sweep since 2003 when Martin Johnson's World Cup-winning team crushed all before them.

Scotland's victory over Les Bleus on Sunday delivered the precious silverware that has eluded England for five years, but Robshaw insists the real prize lies at the climax of the 2016 tournament.

"It feels pretty surreal at the moment in terms of getting the reward without playing the final game. We had a beer together and now it is all gung-ho to finish the job properly," Robshaw said.

"We have been in this situation before where we have been in a strong position to win the Grand Slam, but in the history of English rugby only 12 teams have ever achieved that feat.

"We talked about how these opportunities don't come around very often. I have been involved for four years. A lot of the guys have been trying to win a championship and no one has been part of a Grand Slam win.

"Now it's about making sure we are ready for the challenge in Paris and I'm sure the intensity in training will rise this week because we have to be ready for what is coming.

"We want to be part of that history and we know how tough it is going to be playing France in Paris."

Robshaw has played a full role in helping England to the brink of a Grand Slam, re-establishing his authority as an international player following a poor World Cup that resulted in him being replaced as captain by Dylan Hartley.

When asked to name the player who has most impressed him during this Six Nations, Jones picked out the Harlequins back row and described him as a "colossus" following his move from openside to blindside flanker.

"It was a tough six months to deal with following the World Cup, but now I'm enjoying my rugby and it is always nice to hear things like that from the coach," Robshaw said.

"It is also great for my partner, my family, friends, team-mates, coaches here and at Harlequins - they are all hugely important and helped me get back to being out there and enjoying it again.

"Am I playing with a smile on my face now? We haven't finished the job yet and if we achieve what we want on Saturday there will be some big smiles."