Carter Gains Points Scoring Achievement - But Will He Win The World Cup With A Drop Goal? 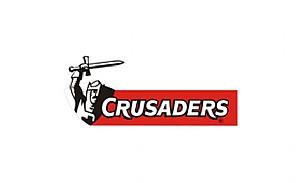 Daniel Carter scored 20 points to help the Crusaders beat the Chiefs to bring his Super Rugby total points to 1194 surpassing his 1188 test rugby points. Given that he has only scored 2 drop goals in his test rugby career and only a handful of Super Rugby drop goals, do you think this makes Carter the best ever Super Rugby player? He is the highest points scorer in Super Rugby history and the second highest points scorer in test rugby since Jonny Wilkinson reclaimed that honour in the Six Nations, but the lack of drop goals suggests he isn't necessarily the best allround player ever. Last night while he missed got a drop goal, he missed two easy attempts first, this disturbs me.

The All Black selectors were pleased to secure Carter's services for four more years recently and may consider going into the Rugby World Cup with one make shift back up in Luke McAlister who is more at home at inside centre or second five eighth.

In Rugby World Cups where the finals are often decided on drop goals like Joel Stransky in 1995, Stephen Larkham in 1999, Jonny Wilkinson in 2003 are some examples, should we be worried than Daniel Carter has only kicked less than 30 of his combined total of more than 2000 points in drop goals? Carter's two teams, the All Blacks and Crusaders usually score enough tries to win matches, but it is a well known fact, that Rugby World Cup finals matches don't include many tries as the referees love to dictate proceedings and there is plenty of strong defence.
Do you think the All Blacks should be worried heading into Rugby World Cup 2011 with very little proven skills in drop kicking goals?