Carbonel, Joseph steer France to 7-20 win over South Africa to set up final against Australia 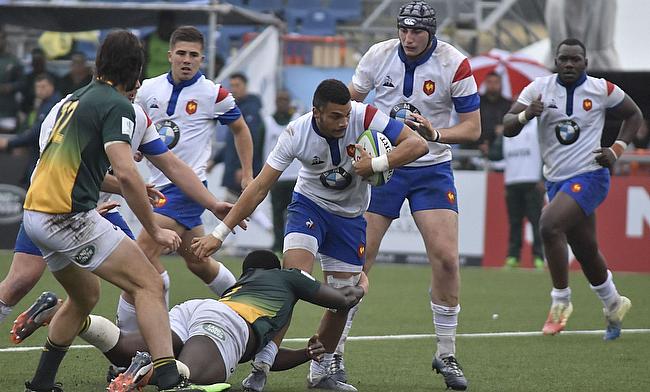 Jordan Joseph scored a try while Carbonel kicked five penalties as France edged out South Africa 7-20 in the semi-final of the World Rugby U20 Championship at Racecourse Stadium on Monday.

The result means France will now take on Australia in the final of the tournament on Saturday at the same venue.

Carbonel started the proceedings with back to back penalties in the fourth and seventh minutes to take France to a 0-6 lead. The opening try of the game came at the end of the first quarter with Joseph touching down.

Carbonel missed out on the conversion but kicked a penalty goal in the 30th minute to make the scoreline 0-14.

Just as the break was approaching, South Africa got their first points on the board with Fezokuhle Mbatha dotting down and Jaden Hendrikse improving it as the teams headed into the second half with 7-14 scoreline.

As South Africa failed to add any more point, Carbonel with two more penalties in the 60th and 70th minutes ensured France completed a 7-20 win.

“It's thanks to South Africa that we are qualified for the semi-final,” said France captain Arthur Vincent. “But now it's against them that it will be played. South Africa are a very complete team. We watched them against New Zealand, they have very good players and are very powerful, very direct. It's going to be a tough match for us.”

“It’s just a really big goal of ours but not just for us personally, for our country because we want to show the world that there’s something really special happening with all the South African young rugby teams,” said South Africa captain Phendulani Buthelezi.