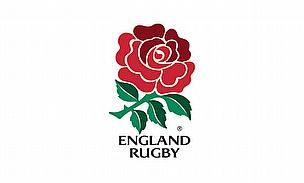 The first and best case scenario is that a review of England's display takes place and the RFU as a whole is overhauled and restructured. As a result of this England continue what appeared to be progress on the field before embarking on what has been a World Cup of disastrous proportions building once more to a World Cup four years down the line taking place on their own patch.

Or, England and its hierarchy continue on its consistently red-faced and merry way lacking structure both at board room and on-field level.

Now I am one for looking at and critically evaluating the politics that exist in such governing bodies as the RFU but there is a time and a place and this is not it. One thing that stood out for me during England's hap-hazard display in many of the games was a distinct lack of leadership. Now, before I am castigated for making Captain Lewis Moody a scapegoat of the whole campaign, believe me I am not, Mike Tindall must take the wrap but the blame should not be left at their doors alone.

In terms of the on-field example that Moody makes, he cannot be faulted. I would even go far enough to say if many had displayed the same sheer borderline insane commitment that Moody displays the England team would be better for it. One thing sticks out when you evaluate England under Moody; there is a lack of voice and a lack of communication. This is not to say that he is a poor captain, it is clear that perhaps the team as a whole do not respond well to his example or style of captaincy.

In the post-match analysis on ITV it was pointed out by Francois Pienaar that leadership and communication appears to be a key problem for this England team. I am a firm believer that leadership, especially is rugby, does not always have to come from the captain, it must come from others. The captain simply acts as a focal point for others to communicate through.

If you were to go through the England side of 2003, and even '07 to a certain extent, there were a far greater amount of players who could be called leaders in comparison to today's side. With Johnson as captain he had Vickery, Hill, Back, Dallaglio, Dawson, Wilkinson, Greenwood, Robinson and Lewsey, along with the likes of Jason Leonard, Martin Corry, Kyran Bracken and Mike Catt on the bench all of whom had captained or were more than capable of captaining the side that he could turn to for advice. Who in the side from Saturday morning could you honestly say could lead England?

Only one player in the current crop truly screams out to me as capable of leading England and taking them forward, it is just unfortunate that Martin Johnson didn't see him as capable of starting at hooker for England.

Dylan Hartley is a competitor and the success of Northampton under his captaincy domestically and in Europe, in my view, speaks volumes of his abilities as skipper. Not only is he vocal but has the ability to rubber stamp his mark upon the game in a way many others can't, whether this be via a big squeeze at scrum-time, a break in the loose or simply verbals to the opposition at one time or another, it appears in his nature.

Many will retort to my claims of Hartley being the future England captain by pointing a finger at his fondness for foul play, claiming him to be a liability to the team. To those people I can't help remind them that it is many people's belief that Martin Johnson was the dirtiest player in the game, and although people may question his abilities as team manager, rightly so in my opinion, no one could question his captaincy.

I look around the current crop of England players searching for a possible captain and they are few and far between. I am not a believer in bringing a player in to the squad and immediately installing him as captain so therefore it should be an established member of the set-up. Courtney Lawes perhaps? James Haskell? Tom Croft? Ben Youngs? Manu Tuilagi? Foden or Ashton? The future of the England captaincy is clear, Dylan Hartley.

England, you would imagine, look set to wave goodbye to many players who one assumed possessed the leadership qualities available to support Captain Lewis Moody, it's just a shame they just didn't come to fruition. Nick Easter will play no part in the next World Cup, nor will Moody, Wilkinson or Tindall it can be assumed. This is therefore a perfect opportunity for those in the England side to take this side by the scruff of the neck, give them the shake they require and take them forward. Not only this but with the absence of the more elder statesmen of the team it is an opportunity for those youngsters in the Aviva Premiership to take their opportunity in the national side. It's not as if the talent does not exist, it's just a case of England manage not using it properly.