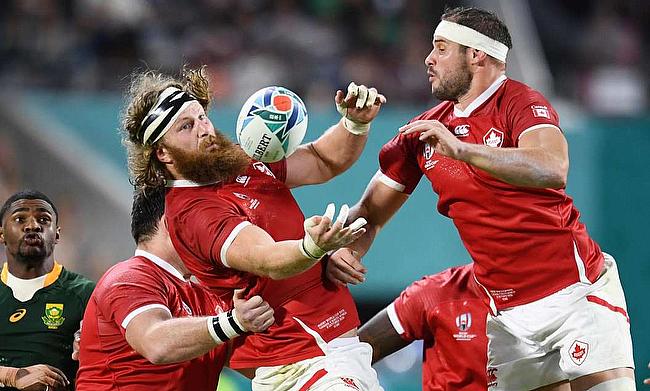 When you think of top-level sport in Canada, rugby union probably wouldn’t spring to mind first.

However, recent changes to this sport have allowed for rugby union to make significant strides forward, at both international and domestic levels. At the international level, Canada's rugby 7s teams have enjoyed wide-spread success, in both male and female competitions. The women have even gained a medal at the Olympics in previous years! At the domestic level, it's just as exciting, as Canada now has a professional team playing in the MLR - the Toronto Arrows.

This is obviously very promising for those that want the sport to explode in Canada. While the sport is prospering at the higher levels, there is reasonable growth at the grassroots level too, with more and more teams being introduced in leading schools and universities.

On that note, we’d like to highlight some of the major competitions to look out for when it comes to rugby for Canadians. Better still - you can even bet on Canadian rugby events by searching for a top Canadian sportsbook!

The first tournament that really brings rugby union to life for Canadians is the Americas Rugby Championship. As you might have guessed from the name, this competition consists of teams from several countries (hence ‘Americas’), and there are a number of teams involved. Currently, the tournament has international teams competing including Brazil, Argentina, Canada, USA, Uruguay, and Chile. Besides the Rugby World Cup, this is probably the most significant international competition that there is. With these six international teams battling it out for the title, the tournament is regularly compared to the Six-Nations in Europe.

Interestingly, this tournament follows the same format as the Six-Nations too. The only problem as far as Canadian interests go is that the international squad hasn’t enjoyed too much success in the Americas Rugby Championship. In fact, Argentina has dominated the event since its inception in 2009, but the USA has sneaked two title wins in there too! Then again, rugby union is still in the development stage in Canada, so this is to be expected.

Now we have the biggest of them all - the Rugby World Cup. As it happens, Canada has been pretty consistent as far as World Cup appearances go, as they have managed to compete in every single tournament since 1987. This is pretty impressive, and the squad even managed to make the quarter-finals back in 1991. Unfortunately for Canadian rugby fans, they have not managed to equal this performance since, and they’ve regularly been dispatched in the group stage of the tournament. With that said, Canada has still managed to compete with some of the best in the world here, with close results coming against teams such as France, New Zealand, and Australia.

Then again, they have also suffered some rather heavy defeats at the hands of such teams, which really highlights the fact that the international squad isn’t quite at the top of the ladder just yet! But with the next Rugby World Cup due to be played in 2023, they have another couple of years to sharpen their skills and compete with the best once more. Who knows, maybe they can manage to sneak out of the group stage? It all depends on which group they qualify to and whether key players are fit or not. Rugby Canada has recently added former Welsh coach and player Rob Howley to assist in the preparations for the World Cup. It will be another exciting event for rugby fans.

Last but not least, the MLR is a league that has recently seen the first Canadian team take part - ever! The Toronto Arrows jumped into this professional league back in 2019, and undoubtedly, this has been a significant catalyst in the recent surge in rugby union interest in Canada. It's not like The Arrows just entered the league to take part either. These guys managed to make it to the playoff semifinal, losing narrowly to the eventual champions from Seattle. in their very first season, which shows that they can compete with the best teams in this part of the world. With the 2020 season of MLR cancelled due to the pandemic, the Arrows are looking ahead to 2021 with all eyes on the prize!  With the success of the Arrows, we would not be at all surprised to see more professional teams from Canada make the leap into the MLR - only time will tell.

After taking a much closer look at the main competitions where Canada has a significant interest, what about players that are based elsewhere? We can't forget about these players! Take DTH van der Merwe as a prime example - he currently plays as a starter for the Glasgow Warriors, and he's proved absolutely vital for the team's success. Additionally, we also have Tyler Ardon, who plays for the Chiefs over in New Zealand. This guy is another crucial player, taking charge in the scrums and adding significant power in all areas of the field.

Let's not pretend that it's the males that are getting all of the attention either! But since there aren't exactly a bunch of professional rugby union events around Canada for women, many have ventured to regions such as New Zealand to expand on their careers. Such players include the likes of Cindy Nelles, Taylor Black, and Courtney Holtkamp, among many others. Although it's early days, these ladies are truly showing their skills and doing Canada proud!

Although rugby still isn’t one of the major top sports in Canada, there are signs that the current growth will continue. This is super exciting for those that enjoy rugby, and we can't wait for more developments to allow this sport to flourish.