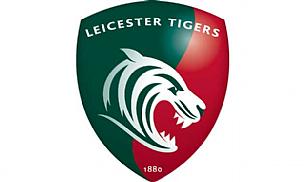 For many Leicester Tigers fans, last season was one of the strangest and unpredictable of the professional era. Due to the hefty loss of players to World Cup duty and a lengthy injury list, the nine-time English champions made a torrid start to the 2011/12 campaign, winning just a single game from their opening six, and finding themselves in a lowly eleventh position at the start of October. With seemingly no way of stopping the rot, many supporters were questioning the roles of director of rugby Richard Cockerill and backs coach, Matt O'Connor. However, with the timely return of key international names from domestic wilderness, the men from Welford Road lost a single game from the start of November onwards, breaking the Premiership record for consecutive try bonus points (a mammoth six in a row towards the end of the campaign, including away at Northampton and Harlequins) in the process. An LV= Cup title was forthcoming in March, thanks to exciting performances by a hybrid squad of developing youngsters and experienced heads, and an eighth consecutive Premiership final was accomplished two months later, although few can argue that eventual winners Harlequins didn't deserve the trophy.

Abysmal form at the start of the season and a poor Heineken Cup campaign were not acceptable for the Tigers, but scintillating displays from February onwards saw them ruthlessly streak up the table and ensured that the a season which started with a whimper so nearly culminated with a bang. Whether, though, it was a successful season for the Tigers, is another matter entirely.

So what are the prospects in the upcoming season for Richard Cockerill's side? They will undoubtedly look to harness the confidence and belief that came through the brilliant performances at the end of the previous campaign, but with the quality and competitiveness of the Aviva Premiership increasing every year and a tough Heineken Cup pool to look forward to (Leicester will face Toulouse, Ospreys and Benetton Treviso in Pool 2), momentum alone will not carry them through. As always, the strength of the squad will be tested to its fullest, and the Welford Road faithful will be hoping for another dominant year from all involved.

With big names such as Alesena Tuilagi, Horacio Agulla, Billy Twelvetrees and George Skivington saying farewell to the hallowed East Midlands turf at the end of last season, the holes left by these players will need to be ably filled if Leicester are to maintain their role in the Premiership pantomime of the bad guy who everyone wants to fail (but who rarely does!) Fortunately for the Tigers, their famed strength in depth does not appear to have been overly affected by this mass exodus, as Cockerill has made several astute signings in the closed season.

Many of these signatures have come in the backs division, the area worst affected during the Autumn Internationals and Six Nations periods. Daniel Bowden of London Irish will join the returning Matt Cornwell in being a possibility for either the fly-half or centre berths, although with the quality already available to Leicester in the former position (with Flood and Ford), both may well serve as reliable options at 12 or 13. With the well-documented departures of Tuilagi (senior) and Agulla, the Tigers have made three signings on the wing to support Scott Hamilton, with Miles Benjamin, Adam Thompstone (another London Irish export) and Fijian Vereniki Goneva moving to Welford. In all three names, Cockerill seems to have tried to retain the mix of pace and brute strength that he seems to favour so much out wide, and there will certainly be an interesting battle between the incoming players for the starting jerseys come September.

South African lock Rob Andrew (no relation to the RFU Elite Director) is in talks with the Tigers also, providing cover in the second row. However, there has been no official announcement as to whether he will be playing his domestic rugby in England or remaining in the second division of France with Pau next season.

One of the key reasons for the continued success at Leicester is down to their outstanding Academy outputs; in recent years, England internationals such as Ben Youngs, Dan Cole and Manu Tuilagi have graduated from the lower ranks to take their place as national mainstays, and this is a testament to the brilliance of the coaching and facilities at Oval Park. The ability of these younger Tigers sides to repetitively produce quality players ensures that the senior team is less affected by international periods and injury setbacks, and we will undoubtedly see a few more key cogs of the Leicester machine come from the youth setup the coming season. Rugby fans up and down the country will already have begun to appreciate the innate talent of fly-half George Ford, son of ex-England defence coach Mike and the recent IRB Junior World Player of the Year. His performances throughout Leicester's successful LV= Cup campaign last season, coupled with mature displays in the Premiership knockout stages ensured that he has already worked his way into the Leicester squad proper for next season, but the coming twelve months could prove to catapult him onto the international stage. A renowned kicker, Ford has sought to add a dynamic, probing running and passing game to his metronomic ability with the boot recently, and the young 10 played some scintillating rugby because of it, setting up both tries against Saracens in the Tiger's 24-15 semi-final victory at Welford Road. I expect him to become Leicester's out-and-out second choice fly-half next year, and with Toby Flood due to be regularly away with England, Ford will have the opportunity to become one of the key players in the Premiership campaign.

Tom Youngs is another Academy output who may well be a pivotal feature in the Leicester side next season. His journey from youth team regular to first XV contender has been more drawn out than that of Ford, but his abilities in his position are equally as exciting as the young fly-half's. No longer merely the elder brother of scrum-half Ben Youngs, Tom is a dynamic hooker who mirrors Schalk Britz in his ability to run at pace with ball in hand and power through defences. Whilst veteran George Chuter may well choose to be Cockerill's go-to guy next season, Youngs will undoubtedly be brimming with confidence after promising displays for England in the midweek tests in South Africa this summer: pace and power coupled with technical prowess in line-out throwing, Leicester will find a reliable performer in Tom Youngs come September.

Readers of this article may be forgiven for thinking that the following are the names of players who have recently retired from professional rugby: Jordan Crane, Louis Deacon and Matthew Tait. None of these players featured in even a minute of professional rugby for Leicester in 2012, and their lengthy stay on the injury list has sent them into a much-unsought form of rugby wilderness. However, Tigers fans the world over will be truly pleased to see that they should all be fit for the new season in September after their long absences. The return of Jordan Crane especially, after an entire season on the physio's table, should prompt cheers from the terraces as he seeks to recapture the barnstorming performances which kept Thomas Waldrom out of the number 8 shirt at the culmination of the 2010/11 season. With Crane back and Waldrom seemingly the most consistent player in any Premiership side, Leicester's back row (not forgetting the likes of Steve Mafi, Julian Salvi, Craig Newby and the currently injured Tom Croft) will be a major force in their bid for silverware next season. Deacon will be an equally welcome return to the pack as he will fill the void created by the departing George Skivington at lock, whilst English rugby fans of any club will surely pray to see Matt Tait reproduce the scintillating displays of 2007 that saw him touted as a possible superstar for the future. Injuries have ravaged his career since leaving Newcastle for Sale Sharks, but a new vein of fitness could see him terrorise defences for Leicester soon, and the fact that he is a utility back (he can fit in anywhere from 11-15) will be especially refreshing for messrs Cockerill and O'Connor.

It seems foolish to question whether Leicester will be battling for domestic glory come May next year, as they seem capable of reaching the semi-finals even if they are under-performing. However, Tigers fans certainly won't accept their annual trip to Twickenham as a reason to celebrate in twelve months: a major trophy is essential if the insatiable appetites of the terraces are to be satisfied. A squad that has been strengthened over the summer will be expected to compete on both the domestic and European fronts, and the possible acquisition of the coveted Heineken Cup trophy for the first time since 2002 amid the heady days of Johnson, Back, Stimpson et al will surely be at the forefront of the minds of everyone involved with the club. Two lost finals (vs Wasps in 2007 and Leinster in 2009) rankle with fans and players alike to this day, and they will want to set that record straight in 2013 if possible.

Richard Cockerill's decision to sign a three-year deal at the club illustrates the faith he still holds in this heralded institution, and it will restore faith in the fans that he is the man to relive the glory days of Dean Richards tutelage at the turn of the millennium. With a powerful squad boasting strength in every position, the guidance of one of the shrewdest DoR's in the game, and the support of 24,000 ardent followers, next year could prove to be one to remember for anyone associated with the Leicester Tigers.