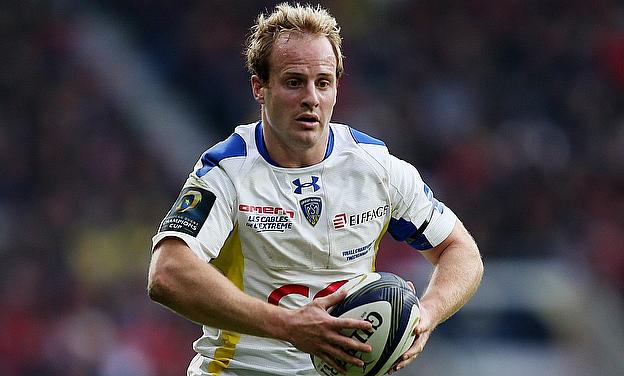 Steffon Armitage and Nick Abendanon will soon discover if they have a potential role to play at the World Cup after England confirmed they will announce their initial training squad on May 20.

Head coach Stuart Lancaster will select an extended group of around 45 in preparation for the hosts' summer training camp at Pennyhill Park, which begins on June 22.

Lancaster will be forced to address the most divisive issue in English rugby after facing repeated calls to activate the 'exceptional circumstances' rule by picking the France-based Armitage and Abendanon.

Both have been exceptional for their Top 14 clubs and lined up opposite each other during the recent all-Gallic Champions Cup final at Twickenham.

Abendanon's dashing form at full-back for Clermont resulted in his coronation as European player of the year last week, succeeding Toulon back row Armitage who was similarly recognised 12 months earlier, yet neither are eligible for England.

Only by taking the view that the World Cup represents exceptional circumstances would Lancaster be able to summon a duo who have consistently excelled at the highest level of northern hemisphere club competition.

Easing the self-imposed restriction would have far-reaching repercussions for the Aviva Premiership, however, by signalling the green light for Red Rose stars to take up lucrative contracts in the Top 14 knowing they may yet retain an international future.

Control of England players would also be partially lost to Top 14 club owners who want to see a return on their investment, dictating terms on release dates and welfare.

Premiership directors of rugby Conor O'Shea, Richard Cockerill, Mike Ford and Dai Young have spoken out against the inclusion of overseas-based players, but the most vocal opposition has come from Leicester, England and Lions hooker Tom Youngs.

"Over the last few years, the graft you have done to get into the England squad and then for someone to come from abroad to take your spot you would be pretty gutted," Youngs said.

"I don't know how well it would go down with the whole team. It is not just the individual affected, but it is the other guys who might look upon that and might not agree with it.

"Stuart has built a culture within this group of players so it is a very tough decision for him. Personally for me, if he brought someone in (to compete with me) I would be pretty annoyed like anyone else would be."

Faced by the prospect of upsetting squad members four months out from the World Cup by selecting Armitage and Abendanon, Lancaster also knows he will endure relentless criticism for not picking two of England's top performers.

A final decision must be made before Wednesday week when the Cumbrian unveils his 45, and the early indications are that he will remain loyal to those who have committed themselves to the Premiership.

Of the two Armitage would have the better chance of being involved and at a minimum could hope for a spot on the bench, but Abendanon would trail Mike Brown and Alex Goode in the full-back pecking order.

The deadline for announcing the final 31-man World Cup squad is August 31 with England committed to four weeks of training at Pennyhill Park and a two-week camp in Denver before their trio of warm-up games begin.