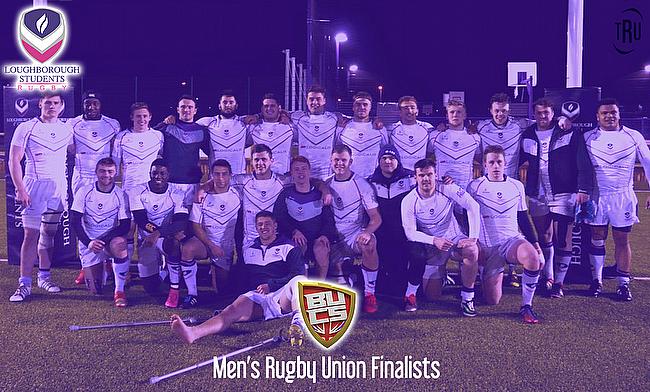 Ahead of the BUCS Championship trophy final on Wednesday at Twickenham, we will be profiling and previewing both Exeter and Loughborough as they prepare to battle for the biggest prize in University Rugby.

After looking at Exeter University yesterday, our attention is now on their opposition - Premier North A champions Loughborough University.

Loughborough University compete in the Premier North A division and secured 12 victories from their 12 league games this season resulting in them winning the league title. The Midlands side finished on 56 points for this term and picked up eight bonus points along the way. With a 100 per cent record to their name, Loughborough have now not lost since their 27-23 BUCS Championship final defeat to Leeds Beckett last year and head into their this year’s Twickenham final in scintillating form.

In the knock stages of this campaign’s BUCS Rugby Championship, Loughborough faced Cardiff Met in the quarter-finals and secured a comfortable 53-15 victory to progress through to the semi-final stage. They came up against Hartpury College in the last four, which was arguably their toughest fixture so far this term, and a late Josh Sharp penalty clinched a narrow 15-14 home victory as Loughborough reached another final.

After not competing in a final for five years before last season, this will be their second on the spin as they go in search of their first title since 2010 and their 29th overall, having won their first Championship in 1953. To say that they have the talent to achieve this would be an understatement with the likes of Tom James, Josh Sharp, Dan Watt and Ben Christie all having phenomenal seasons with Loughborough. It was heartbreak last year for Ciaran Beattie’s side so can they go one step further on Wednesday and claim Twickenham glory?

Inside the Loughborough camp

Loughborough Coach Ciaran Beattie: “After losing in the final last year to Leeds Beckett, we have learnt from where we went wrong have been rewarded with a brilliant season this time around, but there is still one game to go.

“We just need to keep working hard, being honest with ourselves and keep refining the things that are going well for us and hopefully that will see us over the finish line on Wednesday.

“Our semi-final against Hartpury College was a great game for us in the lead up to this final in a funny sort of way. It was great to get the win, but we could’ve easily gone out of the competition. That result certainly has focused us because it was such a tight game and we know now what we did well and what we must improve on. It was good preparation for the final I think.

“We are under no illusions about the challenge that faces us. Exeter look an outstanding team and it is two worthy teams in the final. Both sides are unbeaten so it should be a cracker.”