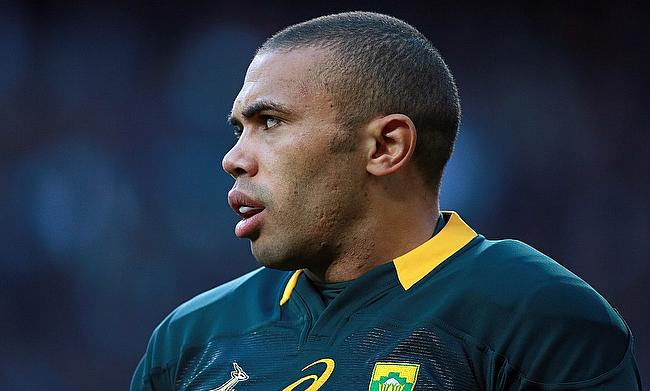 Springboks wing Bryan Habana was left out of the final 12-man South Africa Sevens squad that will take part in the upcoming Olympics.

The 33-year-old was released by his French club Toulon in a bid to pursue his dream of representing South Africa in Olympics and was also named in the preliminary training squad. The 33-year-old also made it to the trimmed 19-man squad after representing the sevens team in World Rugby Sevens series.

However, South Africa Sevens coach Neil Powell preferred to have the specialist sevens instead of Habana, who now will head back to play for the Top14 side Toulon.

Habana expressed his disappointment on missing out on the opportunity to be part of the Olympics and also wished the team to have a successful outing at the mega-event.

"My appreciation and gratitude for getting the opportunity to have been part of the Blitzboks’ Road to Rio far outweighs the disappointment of not making the final squad‚" Habana wrote.

"I find myself incredibly fortunate to have become a part of a very special brotherhood and to push myself further than I could imagine in making the transition to sevens, while being helped every step of the way by all the members of the squad.

"To Neil‚ his coaching staff and each member of the squad‚ thanks for allowing me the opportunity to have been so warmly welcomed back into the sevens family," Habana wrote.

"Keep on pushing each other as the final training weeks approach and go out and express your talents to the best of your ability. I’ll be your biggest supporter and cheering you on loudly from Toulon."

The 12-man squad will be captained by Kyle Brown and also contains prolific try-scorer Seabelo Senatla and Werner Kok.