Brown's concussion keeps him out 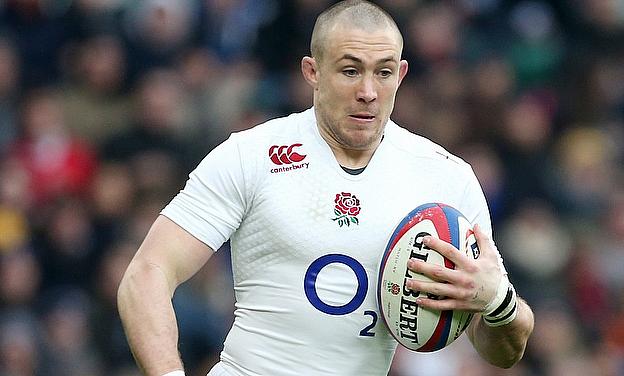 England full-back Mike Brown has been ruled out of Sunday's RBS 6 Nations match against Ireland after suffering a setback in his recovery from concussion, the Rugby Football Union has announced.

Brown suffered the injury in a clash of heads during the win over Italy.

England head coach Stuart Lancaster said: "Mike and our medical staff have been diligent during every step of the graduated return to play protocol and they will continue to work to get him back to full health."

Alex Goode is set to start in Brown's place.

England and Ireland, who will meet in Dublin, are the only sides left in the championship with 100 per cent records, the Irish seeing off France 18-11 last time out.

Brown's absence comes Wales wing George North missed a match after he took two blows to the head in their Six Nations opener against England.

North has been recalled for Saturday's clash with France, though.

"This morning Mike woke up not feeling 100 per cent. The right and proper thing to do was to make the call. His health is the main priority here and we need to get him right for the next game," Farrell said.

"The symptoms aren't too severe whatsoever, just a little headache. He's fine in himself and is chirpy enough, but it just isn't worth the risk because his health comes first."

Farrell admits Brown's experience will be missed in the critical showdown with Ireland, but views Goode as a very capable deputy.

"Mike has been in great form. He's a guy who stands up in pressure situations and performs extremely well. With the young backline we have, he's been a massive help for us," Farrell said.

"But Alex is an experienced guy himself who has been waiting for his chance for some time now. His form for Saracens in the big games against Munster and Clermont and in recent matches has been exceptional.

"Alex is super excited. All you ask for a player who has been waiting in the wings is for them to be ready and we feel he's certainly ready for us."