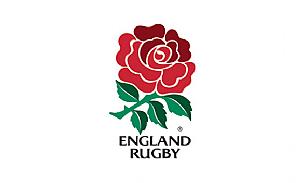 It is fair to say that England have been solid but uninspiring in their opening two matches of the 2012 Six Nations. Stuart Lancaster's new look side have recorded two hard earned victories, but haven't really shown any attacking menace.

The inexperienced midfield combo of Owen Farrell and Brad Barritt have performed well defensively, but have been unable to provide any go forward ball or unleash the dangerous back three.

With Charlie Hodgson out injured Lancaster has been forced into changes ahead of the Wales game, which is undoubtedly England's biggest test so far.  Saturday's game will see Barritt partner the returning Manu Tuilagi in the centres with Farrell moving to fly-half.  It's a bold selection but one that could pay off.

Barritt and Tuilagi certainly have the size to match up against the colossal Jamie Roberts and Jonathan Davies, and the physical battle will be fascinating to watch. Roberts and Davies have been superb so far, particularly in Dublin where Ireland were unable to stop them breaking the gain-line and brining players like George North into the game.

From inside centre the South African born Barritt will still lead the defensive line, a role he has done very well in the first two matches. His tackle count in the Scotland game was beyond belief, and he has quickly become the key cog in England's defensive system.

The move to inside centre will also allow him to see more of the ball going forward. For Saracens he is the go to man when they need the gain-line breaking. He doesn't do anything flash, but he will run hard and straight and this will give the forwards a good platform.

That has been part of the problem in the opening games, with Farrell at 12 England haven't had a big ball carrier to work around and build momentum off. It felt that with Barritt at 13 he was too far away from contact to make the sort of impact that he does domestically.

Then we move to outside centre where Tuilagi pulls on the shirt for the first time since the World Cup. The Leicester centre was one of the few bright sparks of that grim tournament for Martin Johnson. He is a player with real superstar potential.

Like Barritt he is a bulldozing runner, but he also has brilliant acceleration which allows him to go around defenders as well as through them. This combination of speed and power make him such a difficult player for defences to try and contain. His tries against Wales and Ireland before the World Cup were a perfect demonstration of the many ways he can hurt teams.

But the youngest member of the Tuilagi dynasty has a tendency to fly out of the line in defence and miss hits. Barritt also likes to rush up, but he almost always makes the tackle. Tuilagi has to keep his composure because against Wales he will be punished for any slip ups.

However there is no doubting that Tuilagi is a match winner and a player who can really lift this side to another level. With Barritt alongside him, Lancaster may have found a midfield that can really help England sparkle as an attacking force. The Welsh game is a huge challenge, but if England are to threaten then this new centre partnership will be at the heart of anything that is launched.