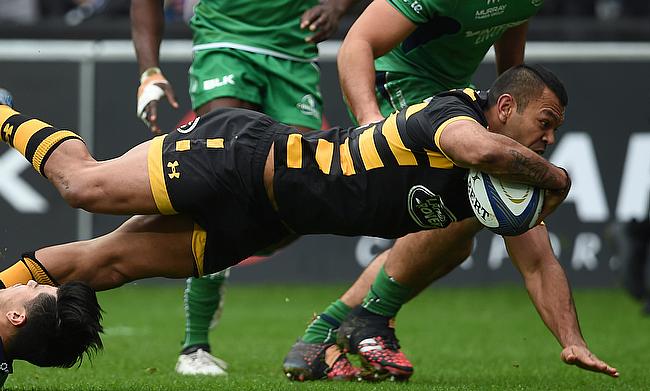 Kurtley Beale scored a try and received a yellow card in a dramatic debut for Wasps as his side riding on a strong second-half performance defeated Connacht by 32-17 at Ricoh Arena during the 2016-17 European Rugby Champions Cup pool stage clash on Sunday.

Just seven minutes into the first-half, the inside-centre touched down for the first try of the match. Fly-half Jimmy Gopperth added the extras with the conversion and then went on to score two penalties on 22nd and 35th minute.

In response, scrum-half Kieran Marmion (24) scored a try for the Irish side with fly-half Jack Carty making the conversion in addition to scoring a 19th minute penalty.

The hosts extended the three-point first-half lead to a 15-point win by scoring three tries in the second-half.

Number-8 Nathan Hughes (43), lock Joe Launchbury (62) and left-wing Josh Bassett (72) crossed over the try line for the English side.

Gopperth could only manage to convert two out of those three tries.

In reply, Connacht outside-centre Rory Parata (45) managed to score a try with Carty making the conversion.

The bonus-point win has now placed Wasps at the top of Pool 2 points table.

The two sides will come face-to-face once again on coming Saturday for the reverse fixture.