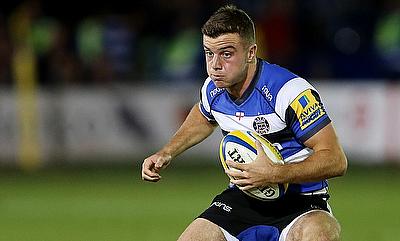 An inspired second-half performance by Bath helped them to wind up an unpleasant season campaign on a winning note by defeating Leicester by 38-27 at Recreation Ground on Saturday.

Leicester who were leading by nine points at the half-time break were completely floored by Bath's brilliant resurgence.

Winger Semesa Rokoduguni put Bath early on the scoreboard by scoring a try in the second minute of the game. Fly-half George Ford followed it up with a successful conversion kick.

However, Leicester Prop Fraser Balmain restored the balance in the game by scoring a try in the 15th minute followed by Owen Williams' conversion kick equalizing the scoreboard.

Ford once again put Bath ahead in the contest by successfully kicking a penalty on the 19th minute.Tigers centre Peter Betham pushed Leicester once again ahead of Bath by scoring a try in the 26th minute. Williams added the extras as Leicester took a vital four-point lead.

Full-back Mathew Tait crossed the line in 35th minute to extend Leicester's lead by nine points ahead of the half-time whistle.

Bath Centre Ollie Devoto gave his side the perfect start by scoring an early try on the very first minute of the second-half. Ford added the extras thus reducing Tigers' lead down to merely two points.

Williams scored a crucial Penalty for Leicester on the 51st minute increasing their lead to five points.

From there onward, Bath showed impressive counter attack by scoring two converted tries to put their team once again in the driving seat.

Leicester will now face Saracens in an away semi-final on Saturday, 21st May.