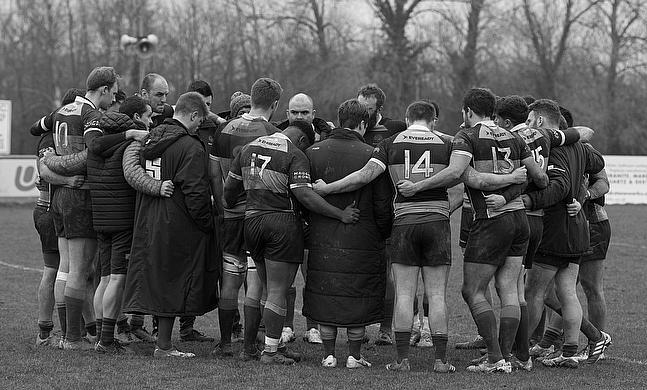 Barnes RFC had originally set a target of £10,000
©Jonathan Knight

Hinckley confirmed in National Two South
Barnes RFC's 'Big Lift' takes centre stage
“I put my hand up straight away to volunteer” – Henley prop Primett on helping to fight Covid-19
The National Leagues: The Next Steps?

The club set out to lift One Million Kilos and raise £10,000 for the NHS in memory of Garry Garrett (the dad of 1st XV player Jack Garrett) who was sadly struck down by the Covid-19 virus and passed away.

However, the overwhelming support by the rugby community, including the likes of Jamie George and the whole England squad, has seen the club raise just under £150,000 for the NHS, whilst also remembering Garry.

An estimated total of around 6000 people took part and lifted a combined total of over 8 Million Kgs. You can still donate by following the link here: https://uk.virginmoneygiving.com/Team/BarnesRFC.

The club had the story published in the Mirror and before and after the event by Owen Slot in the Times. Barnes were live on Sky News at 8:40am on Saturday morning before the Barnes Big Lift Kicked off. The club also featured on Good Morning Britian on Tuesday.

Barnes club chairman Michael Whitfield said: "All of us involved know that what we experienced was unique, extraordinary and heart-warming, and I doubt anything like it will ever occur in our lives again.

"There is so much to take in, from so many of you, videos posted, pictures taken, emails sent, full of emotion, passion and love for Garry, Yolanda, Jack and Verity Garret and, of course, for the club we all over, Barnes RFC.

"As I have said already, Barnes is, and always has been a special club, it has always had that special something. Since I have been Chairman, I have always tried to promote a “One Club” philosophy and whilst, at times, that may have appeared an ambition as opposed to a reality, last week has propelled #OneBarnow into that reality  - we really are the club we always wanted to be, we just need to release the beast.

"It is a living and breathing beast now, and it is all of our responsibilities to keep it there, to keep it real, for all of our benefits, for the community we live in, and for the future of local grass roots rugby clubs up and down the country.

"To remind you all, from professional rugby we had over 100 current and former rugby stars, 30+ of the current England team got involved on Saturday, led by Jamie George and Ben Youngs, who played his youth rugby with Jack. We had former greats including: Jason Leonard, Sean Fitzpatrick, Will Greenwood, Martin Bayfield, Leigh Halfpenny, Will Carling, Brian O’Driscoll, Jonny Wilkinson, Joe Roff, Matt Giteau, David Campese, Mike Tindall and Lawrence Dallaglio to name but a few. All sent in fantastic videos of support for the Big Lift. They loved what we did for Garry, for Barnow and for rugby. The rugby world was ready, we timed our run perfectly, and boy did we deliver on our goals!

"So all of these wonderful people had busy lives before, they were selfless in delivering this cause, and boy, did this team deliver - it was a massive privilege to be a part of it.

"Finally let me say that I think Lift is the most important thing I have ever been involved in my life. I am humbled by the passion, support and love we have seen for both Garry Garrett and the NHS."