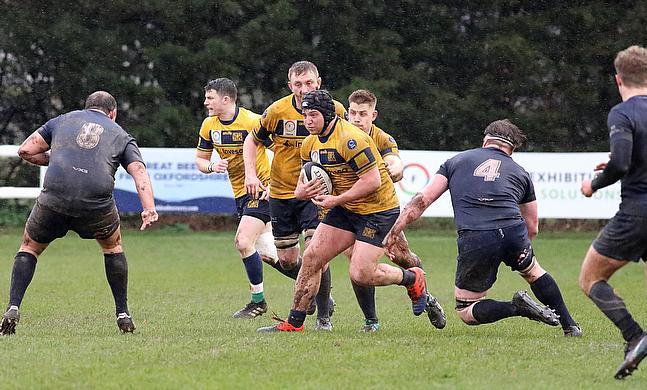 The National Leagues: The Next Steps?
RFU reveal promotion and relegation from National Leagues
Sam Hanks: I’d never heard of Ampthill in my life but this is a special club
Harry Williams: Plymouth have struck the right balance – I’ve enjoyed every minute with them

It has been a National League season like no other for many different reasons.

With the majority of teams entering their final five fixtures of the term, there were still several stories waiting to be told and in National Two South, the promotion race was arguably the headline act.

Five teams were all in contention for the top two spots, including Henley Hawks. Nigel Dudding and Luke Allen’s men had been mainstays towards the right end of the division throughout the campaign and they were gearing up for a thrilling climax to a gripping promotion battle.

For George Primett, he was part of the Henley side which finished just one point behind the play-off place in 2018/19 so the forward would have been eager for the Hawks to take the next step this time around.

However, as Henley begun their preparations for a trip to Barnes last month, little did Primett know that the pause button would be pressed not only on the National League campaign, but also on his job as a qualified physiotherapist.

His day-to-day life of being a physio and representing Henley has been put on hold due to the coronavirus crisis, but over the last two weeks, Primett has gone from competing against the likes of Taunton Titans and Tonbridge Juddians to helping tackle Covid-19 in the intensive care unit at the John Radcliffe Hospital in Oxfordshire.

“I am usually a physio at the Nuffield Orthopaedic Centre, but we are quite an integrated team already,” said Primett.

“As a hospital, we were asked if we could volunteer and have a few teams to help during this serious time. With teams being made up of doctors and physios, we looked at what duties everyone had got on and who would be the most appropriate to volunteer.

“I put my hand up straight way because I am quite a young and fit individual and I’m relatively low risk, but more importantly, I wanted to help. There was a mixture of doctors and physios which were put together into a large pool of volunteers and we were assigned into teams and because a lot of us came from the same place, they thought it would be appropriate to put us all together.”

There was no hesitation from Primett about stepping into the intensive care environment, but with NHS staff putting their own health on the line to battle against the pandemic, the risks are evident.

“We of course know the risks which are involved, but we do have what we need,” added Primett who obtained a masters degree in physiotherapy from the University of Southampton.

“The necessary measures are in place and I don’t feel like I am putting myself at an unnecessary risk doing the job.

“We are all trained to be in that environment and I have had experience of being in the hospital environment as a physiotherapist so we know what we have to do. You just have to focus on helping. Physiotherapists have a natural role in intensive care anyway so it wasn’t a new environment for me in that sense.

“The reason us and the doctors from the orthopaedic centre are working together is because we are part of what is called a ‘proning team.’

“We see the patients which are particularly unwell who would really benefit from being repositioned, but because of all the equipment they have, it is quite labour intensive so having that extra pair of hands is really helpful to make patients feel more comfortable. We want to make that difference.”

The 27-year-old is experienced when it comes to working in a team and on the rugby field, his club have been making positive strides over the last two years.

Thanks @TJRFC, very gracious of you! We wish you all the best in #Nat1. It was a personal highlight of the season to come to you guys and beat such a challenging side.

The Hawks have been knocking on the door as they aim for a return to National One and having spent five seasons at Henley, Primett knows the Dry Leas club have the capabilities of challenging again next year.

He added: “There are a lot of positives from the season we have just had. We can now look at this period as a longer pre-season to focus on getting a good start next year. The boys will be well rested and keen to go for it next season when it does start.”

When the 2020/21 campaign will be up and running is a guessing game at the moment due to the unprecedented times we find ourselves in, but for Primett, he knows, more than most, that rugby has to take a back seat.

“It is what it is. You can never prepare for anything like this. It is easy to be disappointed as a fierce competitor because we didn’t have the chance to continue the season and see where we finished, but when you are working and seeing what is happening in intensive care, rugby does dwindle into the background.”