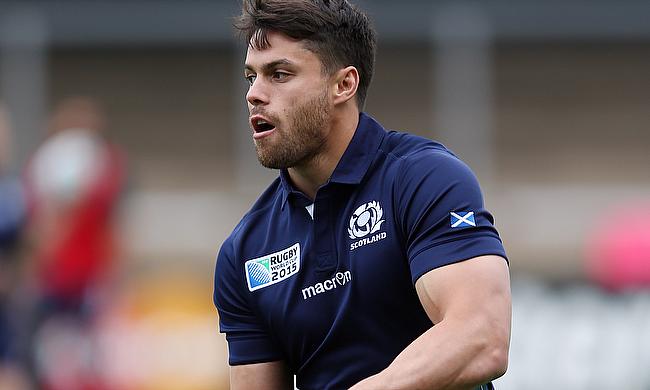 Sean Maitland will play for Barbarians against England
©PA

Saracens players will comprise the most of the Barbarians squad when they face England in the Quilter Cup on 25th October at Twickenham Stadium.

Former England captain Chris Robshaw, who recently exited from Harlequins will also be part of the squad.

“We are absolutely delighted for these fine players to join us ahead of the Quilter Cup," said Barbarian F.C. President John Spencer.

"It is a very exciting group of players, with experience across the board and we’re looking forward to welcoming them into the Barbarians family.

"There will be familiar faces all round, as well as new friendships forged as always happens when the Barbarians come together.”

Swinson said: “Sarries tempted me out of retirement back in July, and it was such a good opportunity to play for my boyhood club and extend my career. Adding a Barbarians shirt to that next week will be a huge honour and I can’t wait to get into camp and build for the Quilter Cup.”

Maitland added: “I’ve been fortunate enough to be part of amazing playing squads like Saracens, Scotland and the Lions. Adding the BaaBaas to that is something I’ve always hoped I would be able to do, and I’ll wear the shirt with great pride.”

Lewington said: “I feel very honoured to play for the BaaBaas – especially having played against them for the England XV in the same fixture back in 2015!”

Woolstencroft added: “Playing for the BaaBaas is something every rugby player dreams of. It’s a huge honour and I can’t wait.”

Meanwhile, Barbarians head coach Vern Cotter is delighted with the squad selection which he believes is good combination of young and experienced players.

“The addition of these eight players into the squad bring an exciting mix of versatility, experience and youth," said Cotter.

"We are collecting a very strong mix of players and are looking forward to getting together in camp next week and creating a Barbarians team that will deliver the brand of rugby with flair, passion and excitement for which we’re known across the world.”