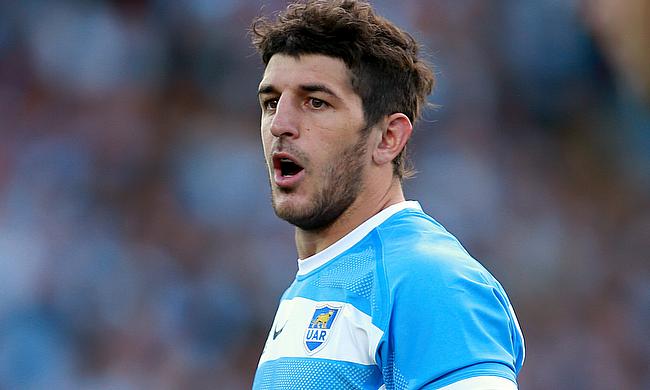 Tomas Cubelli was one of Argentina's try-scorer
©PA

Ireland to host Japan, New Zealand and Argentina in autumn series
Wales come from behind to secure 20-20 draw against 14-man Argentina
Wales make three changes for first Test against Argentina

Argentina finished their July series campaign on a high as they went on to beat Wales 33-11 in the second Test between them at Principality Stadium.

The result follows after the two teams managed a 20-20 draw in their previous meeting last weekend despite the Pumas losing Juan Cruz Mallia to red card.

Nicolas Sanchez missed an early penalty goal as Wales were the quickest to get off the block with a combination of Jarrod Evans and Jonathan Davies allowing Owen Lane to dive over in the 5th minute. But, Evans missed out on the conversion.

The response from the Pumas came in the 11th minute when Matias Moroni made a powerful burst on his way over the line and Sanchez improved it making the scoreline 5-7. Wales continued to make errors allowing Argentina opportunities and the visitors almost got their second try when Tomas Cubelli came close but knocked on following a tackle from Jonathan Davies.

Nevertheless, the scrum-half could not be stopped second time when he touched down in the 28th minute. Sanchez kicked the conversion and a penalty on either side as the scoreline 5-17. Wales responded with a penalty kick from Evans in the 32nd minute but Argentina went into the break with a nine-point lead despite Sanchez missing a long range drop goal.

Argentina looked threatening at the start of the second half with this time exerting early pressure on Wayne Pivac's men. As Matthew Screech came in for his Wales debut, Evans with a penalty kick in the 50th minute helped the gap to come down to six points.

Sanchez restored six-point lead for Argentina with a three-pointer in the 57th minute but Wales' chances took a severe blow with Hallam Amos sin-binned at the start of the final quarter for taking out his opposite number Santiago Carreras in the air. Two more penalties from Sanchez in the 65th and 76th minutes took the game of Wales' reach making it 11-26 before flanker Pablo Matera combined with Rodrigo Bruni to score Argentina's third try as they completed a 22-point victory.