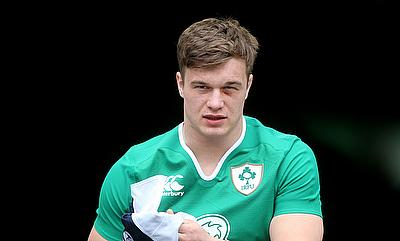 Ireland and Leinster flanker Josh van der Flier will undergo an ankle surgery which has ruled him out of the South African tour scheduled in June.

Van der Flier suffered the injury during the 30-6 defeat to Ulster last month and is sidelined for two months.

This also means the 23-year-old will miss Leinster's semi-final clash against Ulster at RDS Arena on 20th May.

A statement released by Leinster confirmed that the openside flanker will have to undergo a surgery to his ankle and will be out of action for eight weeks.

"Josh van der Flier saw a specialist on Monday having injured his ankle against Ulster and following further review it was decided that Josh should have an operation to repair the damage," read a Leinster statement.

"He had surgery yesterday and it was a success but he will be out for eight weeks."

Van der Flier has represented Leinster in 19 Pro12 games and five Champions Cup games since his debut in 2014 and has scored 15 points overall.

However, Rob Kearney and Johnny Sexton, who were rested as a precautionary measure against Benetton Treviso, is likely to be fit for the semi-final after recovering from their respective injuries.

"Rob Kearney and Johnny Sexton were both withdrawn against Benetton Treviso for precautionary reasons but are making good progress from both injuries,” said the Leinster statement.

Ireland will be touring South Africa for a three-Test tour, which will be played in Cape Town, Johannesburg and Port Elizabeth on 11th, 18th and 25th June.